Before the big storms hit the Eastern Sierra, a storm of anger had erupted over AT&T cell phone service. Some problems 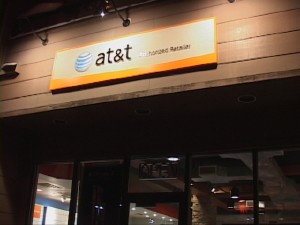 When the big phone company switched customers from Alltel to AT&T, customers in Benton and the whole Tri-Valley area found they had no service at all. Some in Mammoth Lakes had problems as did others in Inyo County.

Storm problems have eclipsed the AT&T issues, but Mono Supervisor Hap Hazard managed to get AT&T’s attention and a commitment to make things right. They promised to get phones working in the Tri-Valley area by December 15th.

Hazard said the AT&T workers did not succeed in making contact. Hazard surmised that the rough weather may limit access to some of the sites.

AT&T admitted that they had problems with several cell towers. They claimed they were working “as quickly as possible” to address the problems.

We work to provide daily news to all of the Eastern Sierra, in the tradition of Eastern Sierra News Service and the Sierra Wave. We bring you daily happenings, local politics, crime, government dealings and fun stuff. Please contact us.
View all posts by News Staff →
Weather drama and precip to come
Bishop Broncos: Encore, encore