By News Staff on February 6, 2020 in General Misc. Stories 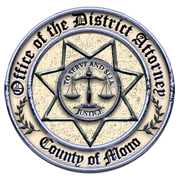 Mr. Corea-Vasquez will be arraigned on charges of special circumstance first-degree murder
on Monday, February 3, 2020 and currently is being held in custody on a no bail warrant. After
a complete review of the facts and circumstances surrounding the crime and the suspect, as well
as consultation and input with the victim’s family, the District Attorney will decide whether to
seek the death penalty in the coming months.
Over the last three years since the murder of Mr. Hernandez, the Office of the District
Attorney has continually investigated this murder and considered solving it a top priority.
Investigators for the District Attorney’s Office have received hundreds of tips throughout the
investigation and have followed up on numerous items of evidence. Over this past year, the
Office discovered new information that ultimately lead to additional evidence and the
identification of Mr. Corea-Vasquez.
Mr. Corea-Vasquez has been a resident of Mammoth Lakes for over 10 years and was an
employee at the local Vons. The victim Mr. Hernandez was his supervisor at the time of the
murder. As the investigation continued, it was discovered that an alleged on-going dispute
between the suspect and victim ultimately led Mr. Corea-Vasquez to plan out the murder of Mr.
Hernandez. In the early hours of October 9, 2016, knowing the victim would be leaving for a
graveyard shift at Vons, Mr. Corea-Vasquez waited for the victim outside of his house with an
assault rifle and fired numerous rounds killing him.
During the arrest and search of Mr. Corea-Vasquez’s vehicle and home by the District
Attorney’s Office and the MLPD additional evidence was collected. In interviews conducted by
MLPD the location of the assault rifle that was used by Mr. Corea-Vasquez was obtained.

MLPD with the assistance of MCSO retrieved the assault rifle which was located buried in the
forest. The rifle will be sent out by the District Attorney for forensic testing to confirm that it
was the actual rifle used in the murder.
Also arrested for being an accessory to the crime was 29 year-old Eliud Corea-Vasquez,
brother of Josue Adalberto Corea-Vasquez and resident of Mammoth Lakes. Eliud Corea–
Vasquez assisted in burial of the firearm and other evidence in order to assist in covering up his
brother’s crime. He will be arraigned on Monday. February 3, 2020 and is currently being held
in custody with a $500.000 bail.
The District Attorney’s Office wants to remind the community that while certain cases take
time to solve and can grow “cold” over time, this Office along with our local law enforcement
agencies, continues to actively investigate many of them, especially heinous crimes such as this
one. The Office would not be able to successfully prosecute these crimes without the assistance
of the public who bravely come forward with information.
If anyone has information in connection with this case, please contact Chief Investigator
Chris Callinan at the Mono County District Attorney’s Office.