On August 31, 2019, shortly before 5 pm, Mono County Sheriff’s deputies responded to a report of a burglary at Ernie’s Tackle Shop in June Lake. It was reported that the suspect, Jeffrey Ross, had taken a shotgun from the store and was now inside his adjacent apartment. 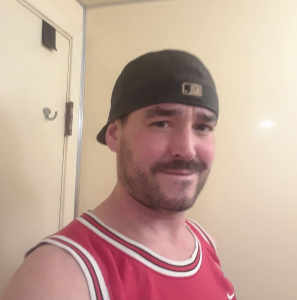 Ross was alone in his apartment and was hostile toward responding law enforcement officers.

Deputies heard a muffled shot from inside Ross’s apartment and later determined that Ross fired one round into the ceiling. Sierra Wave T-Shirt shop is directly above the apartment and
was occupied at the time.

With the assistance of the California Highway Patrol (CHP), Sheriff’s personnel contained the area and evacuated nearby residences and businesses.

Based upon Ross’s hostile demeanor, possession and use of a weapon, and his threatening statements, the Inyo-Mono Special Enforcement Detail (SED) responded to the scene. After prolonged negotiations, Ross still refused to exit his apartment. At approximately 11:30 pm, SED made a forcible entry into the residence and took Ross into custody.

Although force was necessary to take him into custody, Ross was not significantly injured in the process.

Ross was booked into the Mono County Jail for several charges, the most serious of which are: Assault with a Deadly Weapon, Shooting into an Inhabited Dwelling, and Prohibited Person in Possession of a Firearm.

Rick O Brien…..I never do and never will capitalize his name….the only people that “respect ” him don’t even really respect him anyway..they WORSHIP him,like he’s some type of God…”the chosen one”…like no matter what he says or does,they agree and follow along,no longer able to make their own decisions,sometimes… Read more »

You hit the nail right smack on the head, D.D ! I especially liked that you didn’t capitalize 45’s name …he doesn’t deserve it .

Inyo Local…..Where have I heard that before.?…oh,wait….I know….it was the NRA saying it,and trump back-tracking (and lying AGAIN ) with his empty talk about looking into background check legislation after that latest mass-shooting saying it too….seems trump can’t do,say or decide anything on his own without the NRA (and their… Read more »

The guy sounds like he needs some serious help, but at the same time the public needs to be kept safe from him and people like him, he broke into a business and stole a weapon and fired it into an occupied business, he could have killed somebody and he’s… Read more »

This is a mental health issue, not a gun issue

And we need more gun laws?

One fewer sociopathic dirtbag in our community.