By News Staff on February 12, 2013 in Government Agencies/Utilities 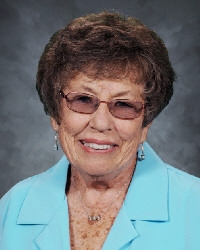 Officials had kept it a surprise that they planned to honor Valerie Needham who has taught Kindergarten in Bishop for 50 years. Needham had even taught Bishop School Superintendent Barry Simpson, who cheerfully produced his childhood report card in the presentation for the faithful teacher. A crowded audience of family, friends and past students congratulated Ms. Needham.

Council members handled some routine matters, including adoption of a social media policy for City government, and finally got to the issue of the vacancy on the Council and how to fill it. At an earlier meeting, it looked like a two to two vote on the process to appoint a council 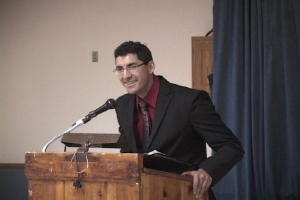 person. Two wanted to go out for applicants and two wanted to appoint the fourth-highest vote getter in the last election.

Disagreement would have forced the issue to an election, but all Council members opted to support consideration of appointment of Keith Glidewell who had lost the November election but did gain the fourth highest number of votes – 423 votes.

Glidewell and his parents and other supporters sat in the audience Monday night as the Council voted unanimously to appoint him to the vacant seat created by former Councilman Jeff Griffiths who was elected to the Board of
Supervisors.

Administrator Caldwell said he then administered the oath of office to Glidewell. He called this duty an honor.

The Council adjourned their meeting to a Council Retreat, which is open to the public, next Thursday, February 21st at 8:30am in the City Hall executive conference room. The next regular Council meeting is Monday, February 25th.