The Tri-County Fairgrounds was swarmed with animals, their young owners, 4-H leaders, FFA teachers and family members starting last Tuesday, leading into four days of judging, both the animals and their handlers and ending with the livestock auction Saturday evening. 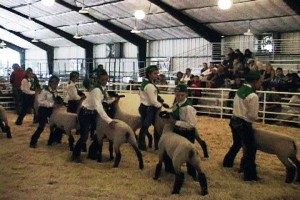 The animals ranged from puffy, little Silkie chickens and rabbits to goats, swine, sheep and beef on the hoof. The handlers are nearly as diverse, 6 year-old 4-H’ers leading, or being led by, their pygmy goats, 9 year-olds taking on their first market projects all the way to Future Farmers of America high school seniors, many of whom will be heading to careers in agriculture.

The journey began last spring when the 4-H’ers and FFA students chose and purchased their projects. From that point on the care and feeding of those animals are in the hands of their new owners. The youngest participants are judged on the quality of that care and their showmanship in the arena. The older students’ project animals, whether destined for breeding, dairy or the dinner table, are judged on muscle mass, confirmation and weight. The handlers are the focus during the showmanship classes. 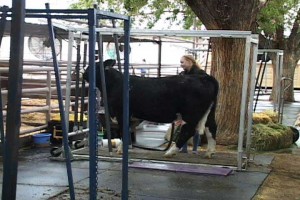 Champions and reserve champions are chosen in each category, but the culmination of all the effort and the four days of shows is the livestock auction where community members bid on prime, home-grown meat.

“The communities of the Owens Valley never cease to amaze me,” commented Tri-County Fair CEO Sally Symons in response to the success of last Saturday’s Junior Livestock Auction. The grand total for the auction came to $326,326.00, an increase of about $85,000.00 over 2014. 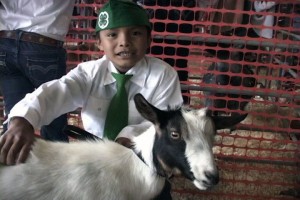 Average prices per pound were up across the board. Beef sold on average at $5.16 per pound, pork at $6.18 and lamb at $7.85. The average turkey price was $233.00 per turkey. It should also be noted that the beef and lamb averages would be $5.72 and $8.51 respectively when the extraordinary prices for the Supreme and Reserve Champions are included. These per pound prices are all more than $1.00 per pound higher than previous years.

The phenomenon of add-ons were also way up in 2015. A business or family member can “add-on” extra funds to any animal they choose to help support that particular exhibitor without actually purchasing the animal. Of note was an across the board add-on of $4650.00 from CG Roxane out of Olancha, that added on something extra for every exhibitor that put an animal through the auction. “Total add-ons contributed in 2015 came to $21,160.00, bringing the overall auction revenue that goes to the kids to $347,486.00,” remarked Symons. 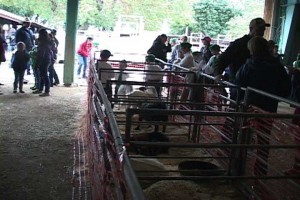 After 15 years of service to the auction, Richard Reel of Big Pine was honored at the Buyers Dinner for his dedication to the event with a commemorative jacket embroidered with his name and the 4-H and FFA logos. Richard Reel was heard to say that “The Junior Livestock Show and Auction is better than Christmas for me.” Auction committee president Jeff Boothe thanked Reel for his many years of service and dedication to the event.

Boothe also commented, “We would like to thank this year’s auctioneer Randy Baxley and caller Sam Avila that came all the way from Visalia to do our auction.” Baxley and Avila donated their services, even bought a few animals and were a large part of the success of the 2015 auction. 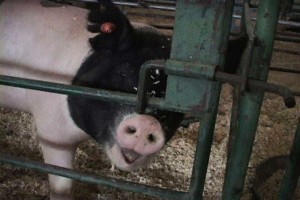 “In addition to the many buyers, the auctioneers and the auction committee volunteers that help to make the buyers dinner and auction a success, we need to thank McDonalds, Bishop Lions Club, Gary and Susie Olson, Eastern Sierra Community Bank for their support. Without the generous donation of time, goods and services from these folks, the dinner and auction would not be the success that it is, concluded Symons. 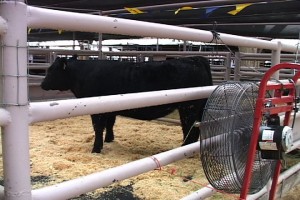