By News Staff on June 6, 2013 in Government Agencies/Utilities 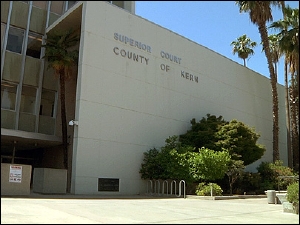 Today, the Kern County Superior Court in Bakersfield dismissed a Los Angeles Department of Water and Power counter-suit against the Great Basin Unified Air Pollution Control District.  The countersuit was in response to enforcement actions taken by the District and the People of the State of California against the LADWP for its refusal to pay air pollution fees and for repeated violations of orders issued by both the Court and the District.  LADWP also sought damages against the District’s Governing Board and its Air Pollution Control Officer.

Judge Sidney P. Chapin ruled that all 13 of LADWP’s claims failed to state a legal cause of action.  A trial to determine LADWP’s responsibility for civil penalties, which could reach almost $8 million, is scheduled for October 2013.

According to Ted Schade, Great Basin’s Air Pollution Control Officer, “This is the fourth lawsuit filed by LADWP seeking to prevent the District from enforcing the air pollution laws that protect public health and the environment.  The federal and state courts, as well as the California Air Resources Board, have rejected all the LADWP’s claims.  This is yet another message to the City of Los Angeles that there needs to be a serious discussion about how LADWP can comply with air pollution standards while saving both water and money on Owens Lake dust controls.”

The Kern County dismissal is the latest in a series of losses for LADWP.  On May 2, the U.S. District Court in Fresno dismissed LADWP’s federal court lawsuit against the District and four other federal and state environmental and land use agencies. That failed lawsuit attempted to invalidate the laws that require LADWP to control its air pollution at Owens Lake.  In November 2012, the California Air Resources Board rejected an appeal by the LADWP and confirmed the District’s determination that LADWP is required to implement additional Owens Lake air pollution controls.

Hope the new LA Mayor is paying attention to this.

A feature of our form of constitutional government and it’s separation of powers is that only an elected legislative body can spend the public’s tax money. Whether or not a fine is paid depends entirely on the willingness of the LA City Council to approve the payment in a public… Read more »

This is great. I am glad to see the bullies of DWP getting what they deserve.
Looks like more penalty money for Great Basin.

DWP what a bunch of arrogant idiots.