By News Staff on September 24, 2013 in Government Agencies/Utilities

“From city halls to county courthouses, from the State house to the White House – bureaucrats control our lives.  Public servants who often try to become our masters.  People whose salaries we pay, but what goods and services do we get?  On Sierra Wave’s Bureaucrat Beat, we’ll report what they’re up to.”  That’s the Bureaucrat Beat declaration of dissatisfaction, but as you may know, Bureaucrat Beat talks about  much more. 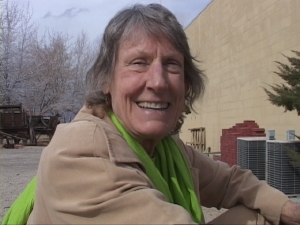 The real history of LADWP in the Owens Valley?  When the Bureaucrat Beat Newsroom went to work in 1975, there were still people alive who remembered LA’s land and water grab.  We heard their stories.  Friday, those who go to the Natural History Museum in Los Angeles will hear some stories from several Southland types.  Aqueduct engineer William Mulholland’s great-granddaughter, Christine Mulholland will speak. We met her when she came up for some celebratory speeches at the local museum.  Charming and warm person. We bonded over a cigarette outside the museum. She seemed mostly unaware of Owens Valley feelings about DWP.   Also invited to speak in LA are a USC history professor, an LA Times book editor and an actress and writer.

LADWP, the Natural History Museum and Metabolic Studio arranged for this happening which includes a screening of the film, Chinatown, and an analysis of its story.  The press release says this is in honor of the aqueduct’s 100th anniversary and a chance to “help dispel some of the myths about the history of water in Los Angeles.”   It’s no myth that people here are still angry and afraid.

Some anger still boils in Mammoth where the Town Council and their lawyer say they can not talk openly about the departure of their Town Manager.  The suspected scenario is that they were going to dismiss her but she resigned instead.  That’s over.  Now, the real question is why can’t the Council keep a steady deck?  The only department head they have is the Police Chief.  So, they take this time to force out the main manager?  It raises questions of timing and sensibility for a Town government that has suffered through the ringer of bad money problems, worse money problems, lost employees, huge debt and now one more loss.  Citizens want to know – When will it end?

We in the Bureaucrat Beat Newsroom want to know when our federal government will stop spying on us!!??  They’re bullying Google, Microsoft and others to give them access to our emails.  We read the other day that the Drug Enforcement Agency has bullied UPS and Fed-Ex to search packages.  We’re getting uncomfortable about what some are calling “Stop and Frisk” law enforcement against citizens who are minding their own business.  Watch it!

And, on that note, according to the Truthout website, police can search your cellphone without a warrant.  Several states other than California have voted in a ban on that practice.  Governor Jerry Brown recently vetoed the proposed SB1434 which would have protected Californians against warrantless government searches based on cell phone and other electronic device information.  Police say it’s a valuable crime solving tool.  Regular citizens say they might feel violated.

Lots are watching Earth, Wind & Fire.  The 70s extravaganza group that went silent for many years has resurrected.  Just performed at the Hollywood Bowl, was interviewed on CBS.  They sound pretty much the same.  It’s upbeat.

Meanwhile, the LA Mayor’s office is looking for a Film Czar to keep production in Hollywood and lobby for more movie tax credits in California.  That Czar can’t keep film crews away from the Eastern Sierra very 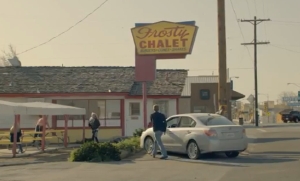 well.  After all, we’ve got the Sierra and the Alabama Hills and, well, the entire region that makes for spectacular movie back drops.  We also have the Frosty Chalet in Lone Pine.  Did you notice it in the current Subaru ad running on TV?  Yep.  The Frosty has re-opened and made it onto the small screen.  Unfortunately, the rest of the ad was not filmed in the gorgeous Eastern Sierra but, instead, somewhere in farmland, USA.

Back to DWP.  Seems Stan Matlick, long the protector of what’s called the Bishop Cone area, left word before he died that someone should make sure DWP turns off Well 406 by the beginning of October.  Stan relentlessly monitored DWP pumping in the Bishop area.  It was his family that won the Hillside Decree in 1940.  That ruling banned DWP export of groundwater from Bishop down nearly to Big Pine.  They can pump water and use it on the Bishop area.

So, we contacted DWP about Well 406. They claim that they can’t pump more than they bring onto the cone during any given year.  So, the DWP says they bring 25,000 to 30,000 acre feet of surface water per year onto the Cone and are pumping 15,000 to 16,000 acre feet.  You guessed it.  They will not turn off Well 406.  What would Stan do?  We’re checking with the Inyo Water Department.  Many fear that with Bishop’s Champion now gone, DWP will try to take advantage.

dt I don’t think you realize how many movies and commercials are filmed in the owens valley and specifically in the lone pine area. its a big plus for local business, and I’m pretty sure the film co’s pay inyo for a permit to film here. plus you could run… Read more »

Mongo The Idiot
Reply to  salblaster

I hope the production companies don’t mind a few square miles of solar panels in the background.

Have you seen a movie lately? You can’t tell what’s real and what’s computer generated.

FYI
The rest of the Subaru ad was filmed in Ventura…

There is more the art of film making gives people than economic benefit.
BK

I do not dispute that one bit. However, the argument is too often made that the economic benefits from filming are so great that subsidies of public tax money are justified to keep film making in this or that locale, or to lure film making to some other place. My… Read more »

Desert tortoise- I’m not sure where you’re getting your facts from but as someone who has a strong Hollywood connection (left the business and moved here) there’s a lot of money in “Hollywood” that isn’t directly related to movies- there’s motion pictures, video, sound recording/production, radio, tv, and cable, live… Read more »

You have bad data. As I stated earlier, I use data from Cal EDD. This is seasonally adjusted employment by date. If you are familiar with Standard Industry Codes, you know that Motion Picture and Video production are a subset of Information. http://www.calmis.ca.gov/file/lfmonth/cal$spds.pdf You can see that employment in California… Read more »

DT & ESL, don’t you think the numbers are somewhere in between? I have met caterers and rented LAPD officers who received most all of their work from the studios for example.

The construction of a small studio (for interior shots) in the town of Mammoth Lakes might attract the film industry. The exterior shots are numerous and already exist.

I am worried that no one is watching the southern end of the valley. DWP has drilled wells all around Owens Lake in the last couple of months. They have been doing big stuff with lots of equipment, trucks and a drill rig (?) right next to the aquaduct on… Read more »

Is not the DWP planning to pump water from beneath the lake to water the bed?

That’s what they want to do, but it’s not a done deal.
BK

Deb, We contacted Water Director Bob Harrington, who provided this response: LADWP is currently installing fourteen monitoring wells around the perimeter of Owens Lake. I suspect that your commenter saw one of these installations underway (though it’s possible is was a non-LADWP contractor). They applied for and received well permits… Read more »

Thank you for your reply….what about Olancha? Are they not part of Owens Valley? Their water table is dropping..they all have wells and DWP owns the Lacey Ranch now and there is a big production well with a huge pump near the aquaduct. Are they pumping from there? Are you… Read more »

Thanks Deb. We appreciate the vigilance of people such as you, because, as you say, we can’t watch everywhere all the time. The monitoring wells being installed around Owens Lake should give us a better handle on what the groundwater is doing in that area. At present, we don’t have… Read more »

Well said, Benett. There is a major distrust in those whose only criteria for calling the shots (supposedly for all of us) is that they received the most votes. We are witnessing more and more secret meetings and more and more self-serving decisions. From not-so-secretly trying to gain economically on… Read more »

I disagree with your allegations of vendettas. Where’s your evidence that someone has tried to gain economically on town purchases?
Benett Kessler

Sssshhh, be quiet so he can listen to the voices in his head.

Okay, perhaps a vendetta is too strong a word. So here are strictly the facts on this matter: Supervisor Johnston and his wife were both on the local government payroll at one time. Mrs. Johnston for one reason or another was ousted from her position. Granted, this must have forced… Read more »

You seem to be overly fixated on Supervisor Johnson. Did he cut your salary? There are more than a few who see local governments as sinking ships because of lack of money and growing bureaucratic demands. You have drawn conclusions (more times than necessary) based on your own imaginings of… Read more »

As a resident of the Sierra since I was 14 years old, you get to know a lot of people in your small, rural community. This includes people who make a living employed by the county and the town. You know them, their children, you grow up with them. Such… Read more »

methinks you have the vendetta!

I must be one of those weird Americans today that have nothing but the highest respect and gratitude for our public servants and administrators who have not grown bitter with bureaucratic processes and government headaches that include self-serving agendas, and whose hard work and dedication make our lives easier. Many… Read more »