Major media say that conflict in the middle east and a rise in demand have caused gas prices to sky rocket. Other sources very close to the situation say that’s not the truth at all. They 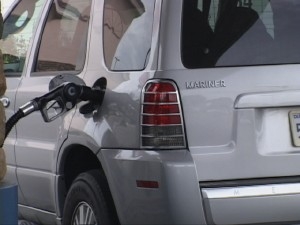 point the finger at oil traders and what amounts to betting for and against oil futures.

Before we give you the reason why, take a look at gas prices in the Eastern Sierra. In Mammoth Lakes, a gallon of regular now goes for $4.64, at least at last word. In Bishop and the Owens Valley, prices range from $4.15 to $4.30 per gallon of regular. So, why the constant rise?

An article on the website, Daily Finance, quotes long-time energy trader, Dan Dicker, who says that oil is sold in the form of futures, much like stocks and bonds. He says the wild speculation and betting on the risk of oil supply has actually created the high price of oil. Dicker says, “There is no supply issue going on here. What you have is the perception of the possibility of a supply issue.” Dicker says a lot of people are pouring money into an oil market trying to take advantage of what they perceive to be a real risk in supply.” Dicker maintains that it’s a marketplace that should not be allowed to be wagered on like a stock or bond.

In his new book, “Oil’s Endless Bid: Taming The Price of Oil to Secure Our Economy”, Dicker makes a case that if the government stepped in and regulated oil trading so only those with a real interest in oil could buy and sell it, the price of oil would “fall by 50% overnight and our economy would be much better off.”

Because investors want to buy oil futures, the price has been artificially driven way up. Dicker says investors are betting for and against oil future prices. Dicker maintains that if the government required oil trading to be conducted in a transparent manner on exchanges instead of the current over-the-counter system, a large number of speculators would leave the market and the price would fall sharply.

According to the Daily Finance article, the electronic trading of oil futures started in 2006. That’s when computer trading multiplied the speed of oil futures trading with millions of trades per hour.

It’s complex but apparently in need of serious regulation. Will it happen? Many believe Congress will fail to act since the financial firms who benefit by oil trading have made enormous amounts of money and lobbied Congress to leave things alone.

We work to provide daily news to all of the Eastern Sierra, in the tradition of Eastern Sierra News Service and the Sierra Wave. We bring you daily happenings, local politics, crime, government dealings and fun stuff. Please contact us.
View all posts by News Staff →
Mammoth asks people to play by the rules when it comes to bears
Leplat murder trial underway in Ventura County