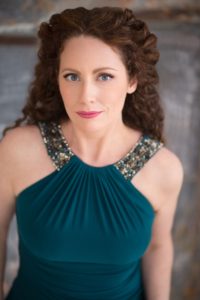 The Saturday May 5th at 7:00 PM and Sunday, May 6th at 4:00 PM shows titled
“An Evening of Cabaret Celebrating the Great American Songbook” feature Will North, who also directs, along with Kristi Holden and Friends as they perform works of Rodgers & Hammerstein and Lord Andrew Lloyd Webber.

Kristi Holden’s voice has been described in reviews as a “creamy coloratura,”
“transcendental,” “crystalline,” “packing glorious power,” a “gleaming instrument,” and by the Los Angeles Times, “golden-throated.” For over five (5) years Holden starred as
Christine Daae in the multi-million-dollar Las Vegas production of THE PHANTOM OF THE OPERA, directed by legendary Broadway director Hal Prince.

Soon after the Las Vegas production closed Kristi was given the incredible opportunity to reprise her role with THE PHANTOM OF THE OPERA WORLD TOUR performing across Asia and Europe.

Holden began her professional career in Los Angeles after studying opera and jazz vocal
performance and receiving her Bachelor of Music degree from Cornish College for the Arts in Seattle, WA. Los Angeles theatre highlights include being a cast member in critically acclaimed productions at The Hollywood Bowl, Reprise! Broadway’s Best and local Civic Light Opera theatres. Some of her favorite roles include Julie in CAROUSEL, Johanna in SWEENEY TODD, Anne in A LITTLE NIGHT MUSIC, Hodel in FIDDLER ON THE ROOF and Lily in THE SECRET GARDEN.

Holden has performed as a solo artist with the California Philharmonic at the Walt Disney Concert Hall and premiered the nine-piece song cycle, A HOPEFUL PLACE, written for her by Dan Redfeld (composer) and John Koladziej (lyricist) with Ensemble GREEN in Los Angeles.

Will North, Managing Director of 5-Star Theatricals in Thousand Oaks, is an established
theater professional with more than 20 years of creative experience, onstage as a lead
performer and backstage as a producer and director. 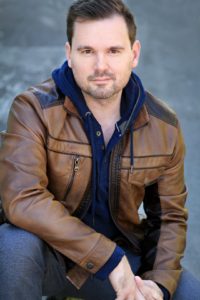 A professionally trained performer, North (AEA, SAG/AFTRA, ASCAP) holds a Master of Fine Arts in acting pedagogy from the University of Alabama, and a Bachelor of Fine Arts in musical theatre from Jacksonville University. He has performed more than 100 roles on stages including the Lincoln Center, Carnegie Hall, the Cinderella Castle Stage, Disney World, the Celebrity Galaxy Cruise Ship (where he was also company manager), 5-Star Theatricals and other venues nationwide.

His Eastern Sierra Symphony performance immediately follows his portrayal of Quasimodo in Disney’s HUNCHBACK OF NOTRE DAME at 5-Star Theatricals. Some of his favorite personal performances include his roles as Pippin in PIPPIN, Jesus in JESUS CHRIST SUPERSTAR, Sky in GUYS AND DOLLS and Tony in WEST SIDE STORY. North also spent the past five years touring with the Southeastern tour of THE FORGOTTEN CAROLS.

Dan Redfeld has had his music and arrangements performed internationally from the
concert hall to the musical theatre stage to the recording studio. Redfeld received his
training at Boston’s New England Conservatory before transferring to the University of
California, Los Angeles (UCLA) where he graduated with a degree in composition with an emphasis in conducting.

In addition to the Saturday and Sunday performances, Kristi, Will, Dan and friends will be doing a presentation for Mammoth Middle School students and a workshop with Mammoth High School choral students in coordination with Michael Hammers of MUSD. This activity is made possible in part thanks to Mono Arts Council and their generous support of the arts in schools. Mono County and Measure U are also supporters of Eastern Sierra Symphony.

Tickets for both shows are $25 in advance ($27 at the door). There is a special VIP Ticket for $40 in ($45 at the door) advance that includes a Champagne and Dessert reception where VIPs can have the opportunity to chat with the performers post-concert.

Eastern Sierra Symphony, consisting of professional musicians and pre-professional
students of the highest caliber, is a 501c3 non-profit that is funded through ticket sales as well as the generosity of donors, grants, and some public funding from Measure U.

FACT SHEET:
WHO: Eastern Sierra Symphony
WHAT: An Evening of Cabaret Celebrating the Great American Songbook Featuring
Kristi Holden, Will North and Friends
WHEN: Saturday May 5 at 7:00 PM; Sunday, May 6 at 4:00 PM
WHERE: Edison Theatre, 100 College Parkway, Mammoth Lakes
COST: $25 ($27 at the Door); $40 ($45 at the door) for VIP ticket including
Champagne and Dessert Reception Post-Concert