By News Staff on June 20, 2012 in Government Agencies/Utilities 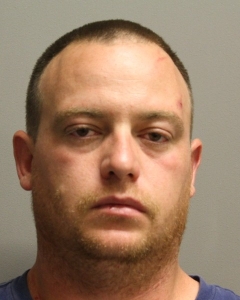 A 30-year-old Lone Pine man was arrested this week on a charge of attempted murder and other allegations related to a reported disturbance.

According to the Sheriff’s Office, on June 17th at midnight deputies from the Inyo County Sheriff’s Office were dispatched to a residence in Lone Pine for a report of a family disturbance, which involved the use of a firearm.

Sheriff’s Deputies said they were advised that the subject, Allen Robert Weston a 30 year-old man from Lone Pine, had left the residence and was in possession of the firearm.

Deputies located and arrested Weston for attempted murder, assault with a firearm, and criminal threats.  Weston was transported to the Inyo County Jail in Independence.

Officers ask that anyone with additional information regarding this case please contact the Inyo County Sheriff’s Office at 760-878-0383.