Alexander Brittingham Reid (Skandar) passed away March 21st, 2021 due to sepsis. He was born on December 31st, 1957 in Chicago, Illinois to Bryan and Marian Reid (both deceased). 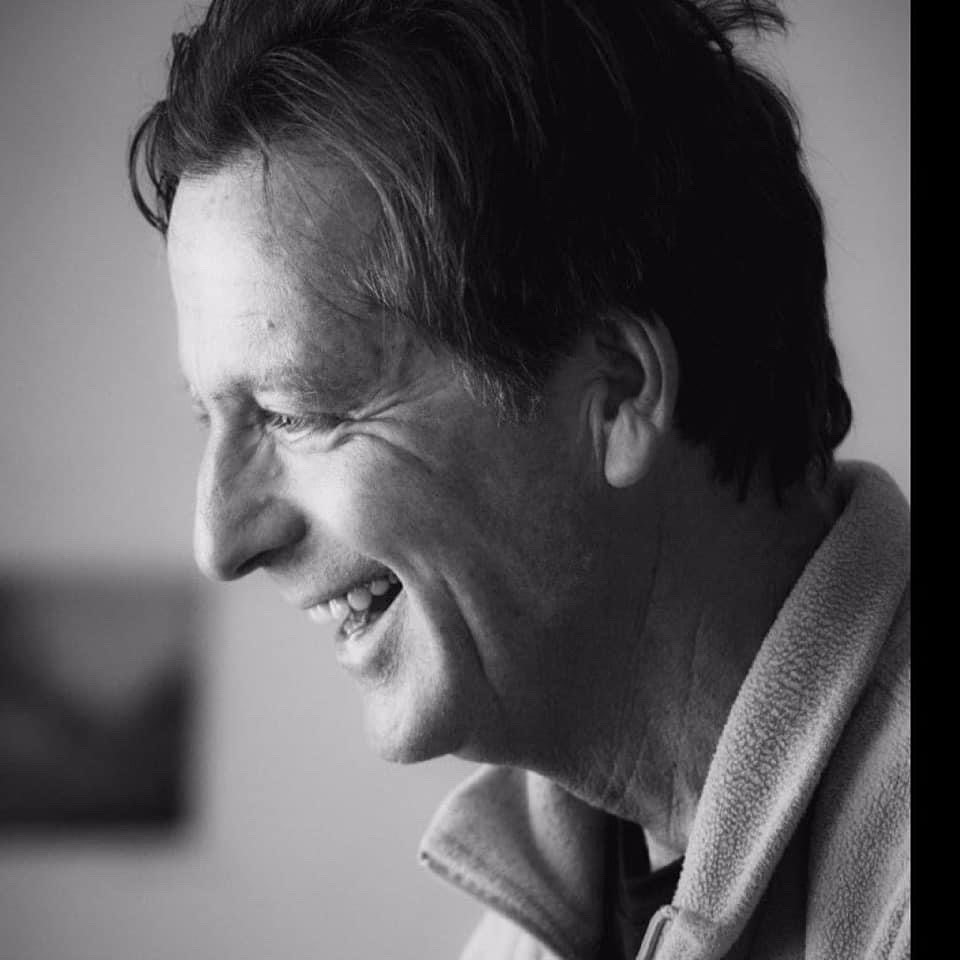 Skandar Reid was a unique individual and artist who brought happiness and caring into so many peoples’ lives in the communities of the Eastern Sierra. His loss is felt deeply  by many who enjoyed his kindness and generosity.

Alex was raised in St. Charles, in the Fox River Valley of Illinois. From a young age he had an affinity for nature and animals, particularly dogs.

He was diagnosed with dyslexia as a young child and attended The Linden Hill School in Northfield, Massachusetts, which provided him with the skills to succeed and excel in school. Alex attended the Midland School in Los Olivos, California, graduating with his high school diploma. He would later attend The Art Institute of Chicago which confirmed and enhanced his skills in the creation of art in a variety of mediums.

Being a Renaissance Man, Alex took off for a number of years to go to Pakistan to lead and assist in the leading of mountain climbing treks. Incredibly, he talked his mother into visiting him in Pakistan and hiking across a glacier, shortly after she had recovered from hip replacement surgery! Alex acquired his nickname Skandar while in Pakistan and it became his permanent moniker.

By age thirty Skandar had moved to the West Coast landing eventually landing in San Francisco to work for The North Face Company in sales at their flagship store for 20 years. But it was Bishop that was truly home to Skandar and where he found the space and audience for his evolving art. He wrote poetry, painted both on silk and paper, carved and sculpted in wood, rock and specialty stones. His artwork could be serious or whimsical, imaginative or full of fantasy.

Skandar was one of those rare individuals that grew into an adult without losing his childlike wonder of the world. He loved to take individuals hiking or kayaking and pointing out aspects of nature that could have been easily missed without a guide so attuned to the pulse of the natural world. At his best Skandar was a storyteller who wove his life experiences into stories full of color, humor and lessons. He will be remembered for his infectious smile and love of people. Skandar said his proudest accomplishment in life was his longstanding sobriety which was only possible by the support of the Bishop community.

Alex/Skandar is survived by his stepmother Katharine Lee Reid of Chapel Hill, NC, older siblings, Bryan S. Reid III of Tucson, AZ, Andrew V. Reid of Portland, OR and Nancy R. Walker (Matt) of Lebanon, OR, Bishop ‘parents’ Micky and Rosemarie Jarvis and their children and grandchildren. Skandar’s friends are simply too numerous to list but they are held in his heart. His family would like to thank the Bishop Police Department and Brune Mortuary for their services during this difficult loss.

A celebration of life for Skandar will be organized for later this spring. If you are interested in receiving updates please send an email to Peter Schulz or Lynne Almeida at [email protected]

U.S. has lowest pediatric and general population flu infection and death rate in years
Bishop Planning Commission Gets Back into The Weed
7 Comments
Newest
Oldest Most Voted
Inline Feedbacks
View all comments

Skandar you are a legend. So big, so wide. And so missed down here in the flesh. Loving you always

Gosh, we miss you Skandar. ❤️

Skandar maintained a child like wonder and playfulness as well as creativity and artistry and a deep love of nature, especially dogs. I enjoyed many hikes with him and sharing creative inspirations. His community impact has touched many lives in lasting ways.

Skandar contributed greatly to my friend’s last few months as she was dying from cancer with his kind words and by performing a bell ringing ceremony for her. Those who knew Skandar will remember the magical quality of his big blue eyes.

He will be missed deeply. Things feel weird at the Jarvis home.

So sad. My heart breaks for our community. He will certainly live on in the many hearts he touched.