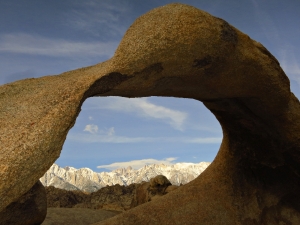 The National Resources Management Act was a package of bipartisan public lands-related bills that passed the House or Senate in the previous Congress. It included three pieces of critical legislation that had been introduced by Rep. Paul Cook (R- Apple Valley) in the last Congress. Specifically, the bill includes the Santa Ana Wash Land Exchange Act, the Helium Extraction Act, and the California Desert Protection and Recreation Act (previously known as the California Off-road Recreation and Conservation Act).

The Santa Ana Land Wash and Exchange would authorize a land exchange of approximately 327 acres of Bureau of Land Management (BLM) land for approximately 310 acres of land currently owned by the San Bernardino Water Conservation District. The BLM land being exchanged was withdrawn from development under the Homestead Act for water conservation purposes in the early 1900s. This land is adjacent to existing CEMEX and Robertson’s Ready Mix mining operations. These companies currently have mining rights on land owned by the Conservation District but those sites are not adjacent to the existing aggregate sites and are located in the middle of undisturbed habitat.

The exchange allows the Conservation District to acquire the BLM land adjacent to the existing CEMEX and Robertson’s Ready Mix aggregate mines, creating greater efficiency for these companies and preserving quality habitat. The production of aggregate will support approximately $8.5 million in infrastructure projects and $36 million annually in payroll from this site alone. In exchange, BLM will acquire approximately 310 acres of Conservation District land that will consolidate checkerboard parcels to enhance water storage and conservation while protecting critical habitats for threatened and endangered species.

The Helium Extraction Act amends the Mineral Leasing Act to allow helium extraction from gas on federal lands under the same terms as gas and oil. Helium is an essential element used in MRIs, air-to-missile guidance systems, and semiconductors. As such, a steady supply of helium is critical for the medical, defense, and energy industries. The United States is currently the world’s largest supplier of helium. The next largest producers are Qatar, Algeria, and Russia.

Historically, much of the American demand for helium has been satisfied by the Federal Helium Reserve. However, there are major concerns about the future of our domestic helium production. According to the Bureau of Land Management, the reserve has enough helium to meet about 40 percent of the domestic demand for the gas. Additionally, the Helium Stewardship Act of 2013 requires that by September 30, 2021, the reserve must be sold and the facility closed. Given the vast political, economic, and diplomatic uncertainty surrounding many the largest foreign suppliers of helium, it would be dangerous for America to become dependent on them.

Most significantly, the National Resources Management Act includes Rep. Cook’s California Desert Protection and Recreation Act. Its inclusion is the culmination of over 5 years of work on the issue by Rep. Cook as well as over a decade of work by activists on the ground. This bill has widespread support from local governments, recreational groups, and conservation groups, as well as significant bipartisan support.

This landmark legislation would designate or expand six Off-Highway Vehicle (OHV) Recreation Areas in the California desert. These are Johnson Valley, Spangler Hills, El Mirage, Rasor, Dumont Dunes, and Stoddard Valley. This bill creates additional protections for OHV users and ensures that these areas cannot be closed administratively. Creating the nation’s first system of Off-Highway Vehicle Recreation areas will also ensure that OHV activity is conducted in appropriate locations, protecting other parts of the desert. The established or expanded OHV areas would total approximately 200,580 acres. Combined with the nearly 100,000 acres that make up the existing Johnson Valley OHV Recreation Area, this bill will ensure that over 300,000 acres are permanently open for OHV use in the California Desert.

This legislation would also designate approximately 18,000 acres of existing federal land as the Alabama Hills National Scenic Area. This would restrict large-scale projects such as renewable energy generation, while preserving all existing recreational and commercial uses of the Alabama Hills. Activities such as filming, hiking, mountain biking, rock climbing, hunting, fishing, and authorized motorized vehicle use would be unaffected.

It would establish the Vinagre Wash Special Management Area to protect 81,000 acres of public land in Imperial County, while preserving motorized recreation along designated routes. This bill would designate or expand approximately 77 miles of wild, scenic, and recreational rivers in the San Bernardino Mountains and near Death Valley. It prohibits the development of renewable energy generation facilities on approximately 28,000 acres of BLM land near “Juniper Flats” and conveys 934 acres of BLM land to the State of California to be included in the Anza-Borrego Desert State Park. It also directs the Secretary of the Interior to negotiate with the California State Lands Commission on land swaps involving state school lands within the California Desert Conservation Area and establishes a Desert Tortoise Conservation Center along the California-Nevada border.

Rep. Cook said, “This historic legislation is the culmination of years of work by members of both parties in both chambers as well as countless groups and individuals on the ground. When it becomes law, this will be the most comprehensive public lands legislation to pass Congress in over a decade. Now it’s time for the House of Representatives to act swiftly to send this bill to the President to be signed into law.”

Agree,Charles O.Jones…..as well as not believing those on the other side,trying to say “they’re trying to take THEIR land away”…I read a post on another site about this,some guy stating if it becomes anytype of scenic area it would mean no mountain biking,no motorized vehicles allowed….no camping,no campfires….one guy even… Read more »

Some political double talk in this release. That aside, as always, the devil may be in the details. I’m interested in learning more about this from sources other than the politician promoting it.