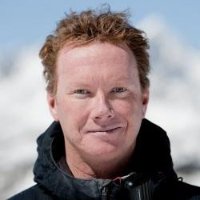 Mark Brownlie, Mammoth Resorts’ president and chief operating officer, stressed the importance of access to the ski area at Wednesday’s Eastern Sierra Council of Governments meeting. When asked after the meeting if Mammoth Mountain had an official position on the best choice for regional service – Mammoth or Bishop – Brownlie tactfully said only that the Mountain supported a regional approach.

Remarks from the Mountain’s Eric Clark at last week’s Mammoth Lakes Tourism board meeting reported by The Sheet unequivocally supported Bishop as the provider of air service.

Whatever Mammoth Resorts’ actual position on the airport preference, the tide may be subtly turning down hill to the Owens Valley.

According to Inyo CAO Kevin Carunchio, the Airport Certification Manual was sent to the Federal Aviation Administration two weeks ago. The document will outline what’s needed for Bishop to support commercial air service and how much it could cost. The FAA’s review should take a maximum of three months according to Inyo Supervisor Jeff Griffiths.

According to Mono Supervisor Bob Gardner, the FAA recommended the entities develop a Joint Powers Agreement to deal with airport issues. “We’re still uncertain where we’re headed,” he said. “We need to get to the point where we can say—where we are, what needs to be done—so the public knows.

Gardner pointed out the Eastern Sierra Transit Authority was a prime example of a regional solution to an Eastern Sierra issue. ESTA was also formed through a JPA. He noted Inyo’s statement of intent, a non-binding agreement to continue discussions toward regional service, was a precursor to a formal JPA.

Carunchio’s next step will be to take the statement to other stakeholders with the hope of filling in some of the financial blanks.

Would not look to the Gods of Mammoth Mountain for guidance. Let’s not forget the $43,000,000 debt from lawsuit judgement that Mammoth Lakes acquired from their airport and development plans. Am all for improving Bishop Airport, but let’s go into it with eyes open and look to long term stability.… Read more »

Bishop may not be the most convenient choice for Mammoth’s visitors, but Bishop is clearly the better choice for commercial aircraft to fly in and out of.

In my opinion, this could really help Mammoth and Bishop . They could both have a lot to gain in tourism with this airport. They ought to work together to make this happen. Bishop needs the airport to attract the tourist and to help fill their store fronts. It’s a… Read more »

Choosing Mammoth would be ignorant, arrogant and greedy, planes will crash and people will die.
When it comes to safety and reliability Bishop is the better choice, don’t be stupid.

United and Alaska have been flying into Mammoth Lakes for many years now with no incidents.

A lot of flights to Mammoth have also been cancelled because conditions were assesed as too dangerous. These aren’t “incidents” that cause death or injury, but they certainly count as “incidents” for the people planning on those flights. One or two cancelled flights make people reconsider making future plans involving… Read more »

I agree, after a couple of canceled flight and flights that circled MMH then returned to LAX, I fly out of RNO or occasionally LAS during winter. I do fly out of MMH between May and October.

@Steve, Just because nothing has happened doesn’t make it the best choice. Bishop is roughly 3000′ lower which makes a significant difference in take off and landing performance for aircraft. Lower altitude and less weather means fewer issues with icing of the planes and runway traction. Approach and departure paths… Read more »