On August 02, 2018, at approximately 12:50 pm, Mono County Sheriff’s Office (MCSO) Search and Rescue (SAR) received a call from a solo climber who stated that his legs were pinched under a rock, and he was unable to free himself. He had cell phone service and a SPOT device which were both used for an accurate location. 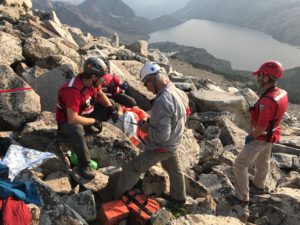 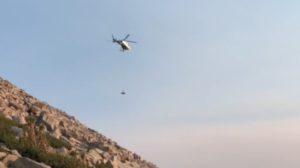 At approximately 5:25 pm, SAR members made contact with the injured party who had both legs pinned between two large granite slabs. SAR teams continued treating the victim and began the task of rigging and attaching several rope systems to move the estimated 4,000 pound slab rock off the victim’s legs. 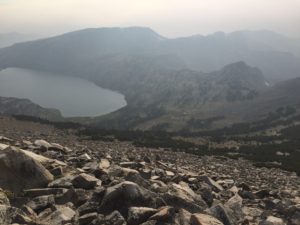 NAS Lemoore also arrived on scene, was able to assist with additional equipment and their flight paramedic. The injured party was flown out of the backcountry to rendezvous with Mono County Paramedics at the Mammoth Lakes Airport.

MCSO SAR would like to extend a thank you to all the cooperating agencies including CHP H40, CalOES, NAS Lemoore, and Medic 3.

The person injured is the most kind, caring, unselfish, helpful, amazing, human! He would give you the shirt off his back in blazing Death Valley sun!

Then why did God drop a big rock on his legs?

Rest of the Story

Ok.. What happened to the Hiker.??/ WE need the rest of the Story Please