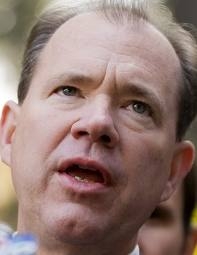 President of the Jarvis group, Jon Coupal, has called the new fee a tax that had to be approved by two-thirds of the legislature.

The Howard Jarvis Association says they believe the new state fire fee charged to dwellings is an illegal tax. Association officials say they will legally challenge the constitutionality of the fire fee. Meanwhile, they advise homeowners to pay the fee and wait for a refund if they win their court case.

President of the Jarvis group, Jon Coupal, has called the new fee a tax that had to be approved by two-thirds of the legislature. ABX1 29 was approved by a simple majority vote.

The bill states that the funds collected each year will pay for fire prevention, not fire fighting. The State says the new fee will bring in $84 million per year. The fee is mainly charged to rural residents in wildfire-prone areas like the Eastern Sierra.

Locally elected officials have expressed opposition to the bill, but few expect that move to change anything. The Jarvis lawsuit might. That group has also posted information on how to protest the fire fee. Check it out at www.firetaxprotest.org.

The Jarvis Association says if you are late paying your bill, the Board of Equalization can assess penalties and interest. They also say that the fee is a lien on private property.

If the Jarvis group prevails in court, they say there may be refunds. To qualify for a refund, you have to pay your bill first. The Jarvis website includes a form to protest the fee.

The annual fee amounts to $150 per habitable dwelling. Property owners who already pay a local fire district tax do get a $35 credit.