On Friday, Inyo Sheriff deputies arrested a Bishop resident for alleged rape. This was the second arrest for sexual assault in the Bishop area in a week. 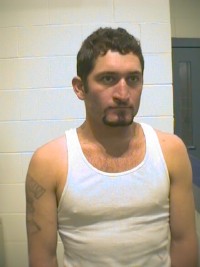 Officers arrested 21 year old Bishop resident Randy Garcia on Friday. At last word, Garcia was being held in the Inyo County Jail on rape charges. Bail was set at $250,000.

According to Inyo Sheriff officials, the alleged rape took place early in the morning, Saturday May 2nd.

We work to provide daily news to all of the Eastern Sierra, in the tradition of Eastern Sierra News Service and the Sierra Wave. We bring you daily happenings, local politics, crime, government dealings and fun stuff. Please contact us.
View all posts by News Staff →
WAMU Embezzlement Sentence Postponed
Time to Give Blood in Mammoth Lakes