An Evening with Mary Austin and William Mulholland 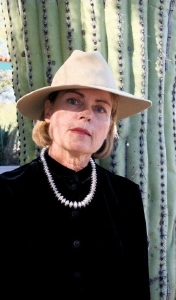 The controversy surrounding the Owens Valley and the construction of the Los Angeles Aqueduct in the early 1900s will come to life when Mary Austin and William Mulholland run into each other and, shall we say, have a little chat.

The public is invited to watch the verbal water war during “A Night with Mary and Bill: Conversations Between Mary Austin and William 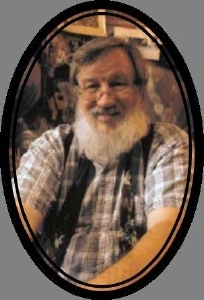 Mulholland.” The living history event will allow residents of the Eastern Sierra to step back in time and watch a little chunk of historical fiction come to life, thanks to history professors Judy Nolte Temple and Chris Smith, who will don the appropriate period clothes and the proper staunch attitudes of Austin and Mulholland.

The pair will bring the passion of their respective characters to the Mammoth Lakes Library on Thursday, Sept. 12, at 6:30 p.m., and then repeat the living history performance on Saturday, Sept. 14, in the Independence Legion Hall, in Independence. Both events are free and open to the public, and are part of the ongoing programs marking the 100th anniversary of the opening of the LA Aqueduct.  Sponsoring the events are the Mammoth Lakes Library, the Eastern California Museum, and the Metabolic Studio.

Since the real Mary Austin and William Mulholland were in and around the Owens Valley at approximately the same time, the chances of them meeting each other and having discussion that turned into a verbal sparring match is not that far-fetched.

Mary Austin wrote her first successful book, “Land of Little Rain,” while living in Independence. Her husband, Stafford, worked at the Federal Land Office in Independence, and in the period between 1904 and 1905, he was the first to publicly disclose that former LA Mayor Fred Eaton was allowing local residents to think he was working for the federal Reclamation Service, which was studying the feasibility of a federal dam and irrigation project in the Owens Valley. In reality, as Stafford Austin revealed, Eaton was buying options on land and water that would eventually be turned over to Los Angeles and form the foundation for the Aqueduct project.

Although Mulholland was not in the valley during the period of the controversial land purchases, he traveled through the area several times with Eaton, and of course was on scene during the aqueduct’s construction.

In any case, both were deeply steeped in the facts, the assumptions and rumors, and the general chain of events, both above-board and slightly devious, which lead to Los Angeles owning enough land and water rights to go forward with the Aqueduct. And Austin and Mulholland were also more than well versed on the consequences and controversy surrounding the completion of the Aqueduct. Austin’s book, “The Ford,” is a fictionalized account of the entire episode, published in 1917.

After the Aqueduct was completed, Austin and Mulholland went on to became larger-than-life figures in their respective fields in the first half of the 20th Century.

Austin was a noted literary figure, thanks to her fictional depictions of the land and people in the American Southwest. That work included books and plays that reflected her enchantment with the land, the environment, and the people, from sheep herders to Native Americans, who lived in harmony with that environment. Her style, choice of topics and sheer output made her unique at the time. She has since been embraced as a feminist, an environmentalist, a naturalist and a writer whose works chronicled and enlivened the stories of California and the West.

Mulholland was the man who managed what in 1908 was one of the largest construction projects undertaken in the U.S.: building the gravity fed Los Angeles Aqueduct, which stretches for 233 miles from the Owens Valley to Los Angeles. Mulholland, a self-taught engineer, was head of the Los Angeles Water Department, and under his guiding hand, the massive, complex, $24 million project was completed on time and on budget, in 1913. After that feat, he became the head of the Los Angeles Department of Water and Power, and helped secure water and electricity for the city, and also built the infrastructure to deliver those essential ingredients that lead to Los Angeles becoming the largest city in the West.

Bringing those two characters to life are two unique historians and writers.

Chris Smith, Ph.D., is a recently retired associate professor of History at Arizona State University. He has written and lectured extensively about contemporary American culture and the West. He brings his lively speaking style and wit to the task of portraying William Mulholland, who could be a gruff, old-fashioned Irishman with a sharp tongue, or an eloquent defender of his life’s work for the City of Los Angeles.

Judy Nolte Temple, Ph.D. is a professor of Woman’s Studies and English at the University of Arizona. She has published two collections of essays about literature and culture of the American Southwest, and two books based on women’s diaries, one about an Iowa pioneer farm wife, and one on Baby Doe Tabor, of Colorado gold mining fame. Temple was a Fulbright Scholar to New Zealand in 2003. Temple said he fell in love with Mary Austin during a trip to the Eastern Sierra in the late 1990s. Unlike Austin, she said she has not learned to catch trout with her hands, but loves to fish and camp in the area.