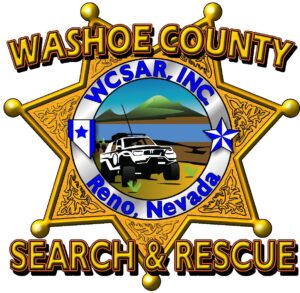 The deceased, Sheykhzadeh, was a physician and a volunteer search and rescue member for the Washoe County Sheriff’s Office in Nevada

BISHOP, Calif. (AP) — A member of a Nevada search and rescue team fell to his death while climbing a mountain in California’s Sierra Nevada, authorities said Tuesday.

Paul Sheykhzadeh, 52, of Reno was hiking Mount Humphreys on Sunday, August 2nd, when he fell off of large boulders along the western slope of the nearly 14,000-foot (4,267-meter)-high peak, the Fresno County Sheriff’s Office said.

On Monday, a California Air National Guard helicopter flew seven sheriff’s search and rescue members to the mountaintop and they rappelled 370 feet (113 meters) down to recover Sheykhzadeh’s body, authorities said.

“In honor of Sheykhzadeh’s service to Washoe County Search and Rescue, our team took an American flag with them and draped it over the victim at the recovery site,” the Fresno County Sheriff’s Office post said.

Mount Humphreys sits on the border between Fresno and Inyo counties and above the Eastern Sierra community of Bishop. The peak is a challenging climb with no easy way to the summit.

Although the least difficult route is not considered especially challenging, climbers often use a rope for safety on exposed sections where a fall would be deadly.

Sheykhzadeh’s death is at least the second on the mountain this year. The body of Ray Warburton, an experienced climber and skier, was found in June after he apparently fell while descending in a steep snow chute, the Inyo County Sheriff’s Office said.