By News Staff on September 7, 2018 in Government Agencies/Utilities

On September 5, 2018, Inyo National Forest, in partnership with numerous law enforcement agencies, eradicated 8,000 marijuana plants being grown illegally on forest land. In addition, 100 pounds of processed plants were also seized. The grow site was in a remote area of the Inyo Mountains. 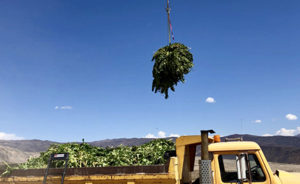 US Forest Service Law Enforcement, Inyo County Sheriff’s Office, Mono County District Attorney’s Office, and California Fish and Wildlife were involved in ensuring the grow site was safe to enter, securing the marijuana, and eradicating it in coordination with the United States Drug Enforcement Administration. 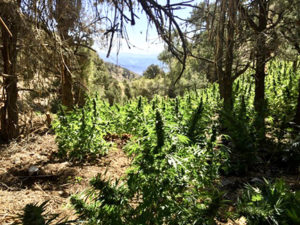 All agencies assisting in the eradication operation want to remind residents and visitors of the dangers that are inherent on illegal marijuana cultivation. If you become aware that you have come upon a cultivation site, leave immediately and do not attempt to engage with the growers.

Once in a safe location, report as many details about the location to law enforcement. Marijuana cultivation causes extreme damage to ecosystems. 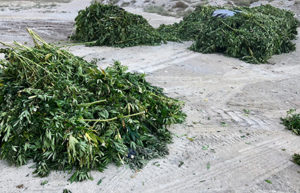 As part of the illegal cultivation process, growers are responsible for using miles of plastic tubing and diverting water from natural sources for crop irrigation. The use of banned herbicides and pesticides is also common practice. Additionally, marijuana cultivation sites often contain large amounts of trash and create fire hazards in wildland areas.

Law enforcement officers continue to investigate the grow site. No arrests have been made at this time. 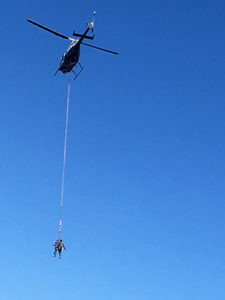 This type of grow set up should go away with people being able to grow their own or buy from dispensaries. One of these days, Inyo County will license a dispensary and join the 21st century. Eliminating the mexican mafia from growing marijuana will be a huge positive

sugarmags, the mexican mafia is way ahead of you, they’re already reducing their marijuana growing and increasing their meth production.

Trouble,weed being legal has nothing to do with growers planting and growing on public land and wanting to profit from doing that,if for nothing more than public safety….what would maybe happen if some unsuspecting hunter or hiker came across this field of weed and the grower took exception with someone… Read more »

I heard it was legal now? I guess not yet.

Sorry to disappoint you, but environmental degradation has not been legal for some time now. Well, maybe except if you are DWP.

Have you actually read the laws? I guess not yet.