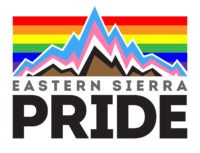 Seismic shift may be the best way to describe the political/social landscape. The shift showed up in the Eastern Sierra with COVID, came back in spades with Inyo County’s proclamation
recognizing indignities done to Native Peoples and then again this week with the reaction to Inyo’s proposed proclamation of June as Pride Month. Change is uncomfortable for some and a necessity for others.

Following three-plus hours of comments and Board discussion, Inyo’s Board of Supervisors
approved the proclamation with a 3-0 vote. Supervisor Rick Pucci was absent, Supervisor
Jennifer Roeser abstained. Supervisor Jeff Griffiths acknowledged the “rich tapestry of people”
in Inyo County, adding “we celebrate them all.” Supervisor Matt Kingsley looked “forward to
the day when we don’t need a proclamation, that we’re just inclusive.” Chair Dan Totheroh said
differences don’t mean one is good or the other bad.

Public comment was close to 2-1 in favor of the proclamation; letters submitted and read by
Assistant Clerk of the Board Darcy Ellis were nearly 3-1 in favor. Perhaps the most salient
comment came near the end: “California is the gayest state in the Union; why is this a thing?”

An older Lone Pine resident talked of having to play the tough guy in Inyo County. His deepest
regret, following the death of his partner, was never being able to “hold his husband’s hand in
public.” Gunner Davenport-Conway teared up as she tried to explain the need for the
community to feel safe and welcoming.

explained the funding source, Community Project Sponsorship Program, has “been around for
decades.” The program funds fishing projects, annual events and, this year, $34,000 divided
among seven competitive grant applications, one of which was the Pride Festival.

To put this in historical perspective and to answer a few of the questions brought up during
public comment: Pride month is celebrated in June to acknowledge the Stonewall Uprising in
New York City in 1969. The gay community in Greenwich Village responded to a police raid at
the Stonewall Inn; a year later gay pride marches were held in New York, Chicago, Los Angeles
and San Francisco. Now Inyo County joins that tradition.

All gay pride celebrations have a “Folsom Street Fair” scene because that aspect of the LGBT community needs to be seen and heard as well, does anyone know where that section will be located at the Fairgrounds?

How glorious we were all created differently, yet we all look the same on the inside!

Is everybody going to keep their clothes on, or is this festival going to be San Francisco style? Somebody might want to set some rules here. Personally, couldn’t care less what people do in their bedrooms, just don’t want it thrown in my face in public. That goes for everybody’s… Read more »

“Force feeding agendas tends to back fire [sic]” Couldn’t agree more. One can try to force feed a dogma of hatred onto a child from birth until they are seven, or seventeen, but if they are an innately good and kind person, they will discard the hatred and hypocrisy at… Read more »

Great article, Deb! Did I hear that there was a man in a unicorn outfit opposing the proclamation? I couldn’t make it to see for myself.

Deborah A Murphy
Reply to  Jesse

Yep–it was purple. Have no idea what the significance was. Was googling around for some of the anti-proclamation people. Found a clip on a church site that claimed God can make you un-gay. Wondering if He can make me un-sarcastic and decided He may help me keep my mouth shut,… Read more »

William
Reply to  Deborah A Murphy

I am not anti-proclamation but there is an aspect to this whole LGBTQ + AI and whatever comes next that most people may not be aware of. An aspect that I do not support a proclamation of acceptance for. The role environment plays in altering someones sexual preference and genitalia… Read more »

Oh my. No words here.

Why no words? Atrazine has been shown to alter the reproductive capability of male frogs. 75% of the frogs are unable to reproduce at all and 1 in ten begin to function reproductively as female frogs. But these pseudo-female frogs are not capable of producing female offspring which skews the… Read more »

Thank you William ! I genuinely appreciate the links and appreciate more so that they are from science-based reputable sources. I use PubMed frequently, however have not pursued digging into reviews related to this topic, per se. The endocrine impact on neuroscience is pretty fascinating. I look forward to learning… Read more »

You should probably stop listening to Alex Jones.

You are making an assumption that I listen to Alex Jones, which I don’t. Here’s an assumption about you. You should stop listening to CNN, Fox News, and MSNBC. Or maybe you are more of an apple news and yahoo news kind of gal… wait that’s also an assumption.. sir?… Read more »

Why only a month? There was an ancient city in the Middle East that celebrated it all year! For a while, anyway.

Oh you’ll find out some day. I don’t want to spoil the suspense.

Congrats to Eastern Sierra Pride and those members of the Inyo County Supervisors brave enough to support this measure. I’m hopeful that this as a sign that those Inyo residents who are closeted are one step closer to living a community where they may be safe and need not live… Read more »

Is it bravery or fear that drives their support?

Bravery. I grew up in a Bishop where gay kids were chased home after school by rock-throwing bullies. Never saw a pack of gay kids playing “smear the straight”. Siding with the oppressed over the oppressor is bravery. And straight, white, Christians in the Owens Valley have never been oppressed… Read more »

I grew up in a small town in Mono County. NOBODY threw rocks or bullied gay kids. Actually they were quite popular. Quit blanketing an entire community.

Are you sure about that? After all, decades later, you need only scroll up a little to find someone delighting in the idea of gay people being tortured for eternity. But who knows? Maybe you were friends with every single gay kid in that small town and they told you… Read more »

Shouldn’t Jeff Griffiths have had to recuse himself from voting on this proclamation since he is on the Board of Directors of Eastern Sierra Pride?

As stated by county council several times board members only need to recuse themselves when there is a financial interest not for policy issues. Board members sit on many boards and many times they are appointed. So there is no need for recusal in this case

By that argument, shouldn’t Jen Roeser recuse herself from every decision because she always wants to inject her religiosity in it? The founding fathers were pretty clear about the separation of church and state.

I have no issue with Jeff Griffiths support and not recusing himself. I like people with a solid foundation. I would expect his support on such a proclamation.

Imagine being a non-hetero county employee, or a non-hetero employee of one of the many organizations that Roeser sits on the board of. As an Inyo appointment. To know that you are not valued because of who you love. I’m sure her “dear friend who is gay” called her and… Read more »

Your willful ignorance is astounding but not surprising, hence the adjectives with zero evidence. Maybe if you had a tenth of the values she holds, you’d educate yourself enough to not make such foolish statements. I know full well this paragraph will carry zero weight with someone so intentionally gullible… Read more »

Why do you need to be so rude to state your point? We should all be able to discuss without hitting below the belt. Shame on you. Try again…

Exactly what are these values? Because so far all we’ve seen is intolerance.

Oh we’re well aware of what her “traditional values” represent. She’s made that very clear in supporting organizations of hate.

Its the folks who are the most insecure in their own religious beliefs who continuously push their beliefs on others and on society at large.

you could substitute the word religious with the words” Sexual Orientation” also and be right.

“Gender identity” is clearly one of the issues where one’s own belief is pushed on others – often under threat of violence – but I’ve never had a gay man or lesbian woman insist I should be beaten to death because I didn’t use the “correct” pronoun. I mean –… Read more »

It’s about time we practice love and acceptance – of ALL. To most of our City Council , thank you for seeing that kindness and inclusivity are the only way to be.