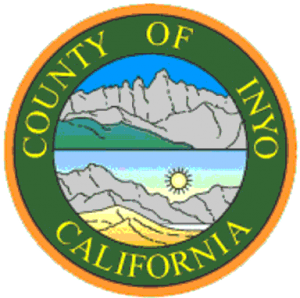 UPDATE January 19, 2022: The earlier version of this press release mistakenly reported that $1.4 million is available.

INDEPENDENCE, CA – The County of Inyo is now seeking proposals from individuals, groups, and other entities interested in creating and completing projects to reduce local air pollution.

A total of $1.26 million is available in competitive grant funding for projects that either directly or indirectly reduce air pollution within what’s known as the Owens Valley Planning Area, a swath of land from just north of the Aberdeen area to south of Olancha.

Examples of eligible projects and more specific guidance, including the Request for Proposals issued by Inyo County on January 3, can be found at: https://www.inyocounty.us/government/clean-air-projects-program-ii.

Individuals, non-profit organizations, businesses, and governmental and educational
institutions are all eligible to participate in the Clean Air Projects Program II (CAPP II), but
the projects must be located within the Owens Valley Planning Area and completed by June
30, 2025. The County will be accepting proposals for eligible projects through March 31,
2022.

The CAPP is the result of a 2011 Abatement Order issued to the Los Angeles Department of
Water and Power by the Great Basin Unified Air Pollution Control District. The order
stipulated that LADWP implement additional dust controls at Owens Lake and pay an excess
emission offset amount of $6.5 million – 85% of which was to go into a special fund
established by Great Basin for use on clean-air projects Inyo, Mono, and Alpine counties,
with special preference given to the Owens Valley Planning Area. Under the first round of
CAAP, more than $5.5 million was spent on air pollution reduction projects over a three-year
period.

Hey, I got one… Tell the forest service to put out the forest fires rather than letting them burn over the summer…

I hope they know what they’re doing. “Pollution” has to do with the general quality of a substance like air, water, oil reserves. “Polution” is the specific study of the relationship between “pollution” and the production of semen in men. Maybe it’s just another hastened typo.