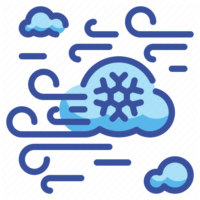 Will Winter Precipitation Be a Bomb Cyclone Or Just a Bomb?

It’s official. According to the National Weather Service’s Chris Smallcomb, “anything’s possible” this winter when it comes to snowfall. But, since Smallcomb comes from the Reno NWS office, he went on to tell the Mono County Board of Supervisors, if he had money to put down, it’d be on a season “more active than the last few years.”

That’s a pretty low bar, but we can all hope.

The late-October snow storm that hit Mono County was the tail end of an atmospheric river or a bomb cyclone, depending on how dramatic you want to get. The storm dropped half of the total snowfall from previous years on Reno. Lake Tahoe rose six-inches.

But, comparing the early storm to previous years is deceptive. The 2020-21 rainy season was the third driest on record. The first question after any significant precipitation in the Eastern Sierra: is the drought over? Smallcomb’s answer was a simple “no.” “We need two good winters,” he explained. He said the same thing at last year’s Fall discussion. The winter that followed was not a good winter.

What the storm did do was moisten the soil. Technically, that’s where it should go. However, Smallcomb went on to explain if the soil holds that moisture and then gets hit with a Spring thaw, the chances of flooding go way up. He did predict a spectacular wild flower bloom in Death Valley this spring.

As for other predictions, Smallcomb was cautious. The region is still in a weak La Nina which usually brings big storms in the Northwest but leaves Southern California dry. “January and February may lean toward dry,” he said, “but any scenario is on the table.” There’s hope–the last time the area had a wet October, a wet winter followed.

While the weather is quiet now, it could wake up soon. Smallcomb anticipates another atmospheric river coming through in early December. “The odds are increasing that the big-storm door will open the end of November.”

For the fatalists who crave a real winter: do not get your skis tuned-up or have your car’s tires swapped out for snow tires. Being unprepared is a good way to wake up the mercurial snow gods.

It’s going to be a super dry winter and the Death Valley wildflowers will NOT be a super bloom.