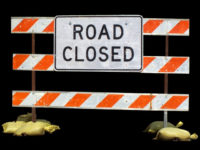 The Inyo National Forest and Devils Postpile National Monument announce that the Reds Meadow Road at
Minaret Vista has closed for the season.
The Inyo National Forest is also closing the Lakes Basin Road and the Old Mammoth Road to the Lakes
Basin for the season.
A series of early winter storms continues to keep these roads in conditions unsafe for travel including ice
and drifting snow. A significant winter storm is in the forecast with substantial snow expected starting
Saturday night.
Typically, starting October 15, there is no overnight parking in the Reds Meadow Valley and the road is
not plowed during or after winter storms. The road historically closes sometime between October 15 and
the end of October due to winter storms.
The Inyo National Forest has made every reasonable and safe effort to keep the road open through these
series of early storms since the Reds Meadow Valley, Devils Postpile, and the Lakes Basin are popular
fall destinations.
“I was hopeful that we could open the roads for a few more days before the storm on Saturday,” said
Acting District Ranger Leeann Murphy. “However, Mother Nature has not been cooperative with that
goal. The snow is very welcome, though.”
When the roads are closed, visitors may still access destinations along the roads using nearby trail
networks. These areas are popular for winter recreation such as skiing and snowshoeing. However,
visitors should know that no services are available in these locations.

We work to provide daily news to all of the Eastern Sierra, in the tradition of Eastern Sierra News Service and the Sierra Wave. We bring you daily happenings, local politics, crime, government dealings and fun stuff. Please contact us.
View all posts by News Staff →
Exciting Homecoming Festivities Set for Bishop Union High School Friday Oct. 22
The State of the Inyo, Current as of 10/20/21