By Press Release on October 25, 2021 in Entertainment, General Misc. Stories 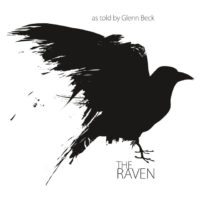 An unnamed speaker sits in his chamber on a dreary December night, reading old, esoteric books. He dearly misses his love, Lenore, who presumably died recently, and he hopes that reading will distract him from his loss. He has nearly fallen asleep when he suddenly hears someone—or something—knocking on the door. He’s instantly uneasy but reassures himself that it’s probably just a visitor. He calls out, apologizing for his delayed response. However, when he opens the door, no one is there. He whispers, “Lenore,” to the darkness outside but hears only his words echo back at him. Ominously, the knocking continues, this time from the window. The speaker assumes it is the wind but still feels uneasy. He opens the window shutters, and a raven hops in, perching on a bust of the Greek goddess Pallas Athena above the chamber door. The sight of the bird relieves the speaker momentarily. He jokingly asks the bird’s name. To his utter shock, the raven cries out, “Nevermore.”

The speaker is stunned and unsure of the raven’s meaning. He regains his composure and whispers that the bird will fly away soon. The raven responds again, “Nevermore!” Still trying to console himself, the speaker theorizes that the bird must have an owner who taught it to say that one hopeless word. Curious, the speaker moves his chair in front of the raven. He lounges in the chair, pondering the raven for a few moments. He thinks about how Lenore will never again lounge upon this chair. He admonishes himself—God has granted him this one respite from his guilt, and still he thinks of Lenore. He tells himself to forget Lenore. As if in response, the raven says again, “Nevermore.” Now the speaker addresses the bird, calling it “evil” and a “prophet.” He asks if he will ever find relief. The raven says, “Nevermore.” He asks whether he will hold Lenore when he reaches Heaven. The raven replies, “Nevermore.” Enraged, the speaker orders the raven to leave him alone in his chamber. He accuses the raven of lying and shouts for it to get out. Without moving at all, the bird repeats its sole refrain—”Nevermore.” The speaker concludes that the raven still sits upon the bust of Pallas Athena, casting a shadow over his soul that will always linger.