By Deb Murphy on October 6, 2021 in General Misc. Stories 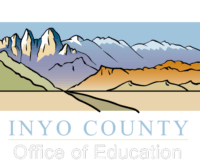 Human beings are flawed. But one redeeming quality is humanity’s ability to take steps to recognize and correct its wrongs. That’s one way of looking at the California Truth and Healing Council and Governor Gavin Newsom’s apology to the “California Native American Peoples for the many instances of violence, mistreatment and neglect inflicted upon California Native Americans throughout the State’s history.”
The agenda item on Inyo County’s Board of Supervisors meeting to approve a proclamation declaring October 11 as Indigenous Peoples’ Day seemed like a procedural no-brainer. But there were elements in the proclamation that bothered Supervisor Jennifer Roeser: the parts about the genocidal war of extermination in 1863 and the statement that those injustices “impacts our Native American communities to this day.”
When the white settlers’ herds overran Native American agricultural lands during a waterless year, Tribal members raided those herds to feed their families. Soldiers and settlers ran Tribal members into Owens Lake and shot at them. They stayed through the night as bodies washed ashore. Only two Tribal members survived.
That happened. The site was discovered in 2012 by Los Angeles Department of Water and Power archaeologists.
The proclamation goes on: “…in recognition of this dark history and lasting cultural trauma, the Inyo County Board of Supervisors supports steps taken by the State toward reconciliation and greater equity for California’s Indigenous peoples….”
“I was disappointed,” said Roeser to start the discussion. “I was taken aback by the language. It was very divisive, patronizing. I want a proclamation to bring us together not divide us.” She asked that the “terrors of the past be put in perspective.”
Board Chair Jeff Griffiths didn’t agree with Roeser’s concern over the language of the proclamation and asked her to point out wording she had an issue with so the Board could discuss it. She couldn’t. She did want to know what the Truth and Healing Council was.
Supervisor Dan Totheroh moved for a vote on the proclamation but couldn’t get a second. The Board will reconvene Thursday at 1:30 to take another shot at a vote.

Maybe they could reference the Owen Lake massacre instead of using the word genocide? Is that too woke or too white washed? Discuss.

Mostly good comments here. I did send them the 2013 LAT article about the genocide at Owens Lake which interviewed Kathy Bancroft. I emailed the supervisors this morning and regret I could not Zoom the meeting. Does anyone have a copy of the proclamation they voted on?

Excellent that Supervisor Roeser pointed out the way this Proclamation was an 11th hour addition by Griffiths and how it was merely a cut and paste Proclamation from a Governor that was almost recalled. She NEVER ONCE stated she disagreed with the Proclamation just the wording of it and the… Read more »

Eamon – I have to admire your confidence in delivering false information. However, this was NOT an “11th hour” addition. Supervisor Roeser was objecting to the fact she didn’t know it was going to be on the agenda. Not the same thing at all. Also, it was stated that language… Read more »

Jeff Griffiths responded by pointing out that this proclamation submission was presented to the board in the same manner as most previous ones. Newsom signed off on the proclamation on October 14, 2019. It’s not new and it’s not a “Newsom thing” – Roeser BS’d her way through her “divisiveness”… Read more »

Honestly I think “almost recalled” is stretching it a bit.
Agree that some push back on wokeness, at least wokeness that comes with or from an emotional reaction would probably be helpful.

Factual correction: Newsom was nowhere near almost recalled. The voters elected to keep him in office by a 24% margin. The effort to recall him was a colossal waste of taxpayer dollars from the party of fiscal responsibility.

“Almost recalled.”
Recall effort lost 62%-38% my guy.
I don’t disagree with your comment, just the wording of it.

As Joan Didion once said about California,”The future always looks good in the golden land,because no one remembers the past”.

Siyo! Not so fast, Jen. You might want to read the Governor’s proclamation for California Native American Day before you start celebrating it. I think it’s a safe assumption that you’ll find it equally or more divisive. https://www.gov.ca.gov/2019/09/27/governor-newsom-issues-proclamation-declaring-native-american-day/ Cheers, An enrolled member of the Cherokee Nation and resident of District… Read more »

How do you say “One Term Supervisor” in Paiute?

Your Supervisor
Reply to  WokeCowboy

https://inyococa.civicclerk.com/web/home.aspx <- Take a look at the video of this discussion (1:33 to 2:12) Supervisor Rosner grandstands about the proclamation, railing about the political bent of the wording and describing history as "three-dimensional". Yet can't point out any inaccuracies or suggest alternate language, and is unable to Google the term… Read more »

Yeah……about that…
Reply to  Ding Dong

Thank you for that link Ding Dong. Wow. She’s really triggered by this. Seems like that divisive and revisionist wording she keeps referencing might have more to do with her white sensibilities being offended that there is a proclamation for Indigenous Peoples’ Day but not for Columbus Day. She spent… Read more »

People who insist on someone else “forgiving” something almost always have something on their conscience.

Might want to ask her about her takes on the Holocaust and confederacy, see if she can get both feet in her mouth at the same time.

Dan, the supervisors seats are open for any Inyo County resident to make a run at the office. Most of the time the supervisors run unopposed for a seat. So it is not Inyo Co. that is stopping native Americans from having a seat on the board.