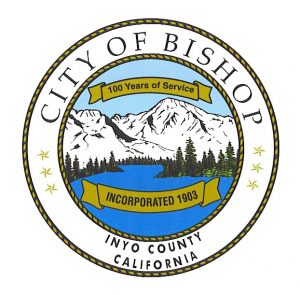 The Bishop City Council took the first step toward keeping spray paint cans out of the hands of kids and sprayed graffiti out of Bishop. The solution came in the form of a graffiti abatement ordinance at this week’s City Council meeting.

The city has seen an uptick in graffiti in the downtown corridor, both on traffic signs and store fronts, according to Bishop Police Chief Richard Standridge who brought the proposed ordinance to the Council. “There have been 36 incidents since the start of the year,” Standridge said, “and 22 just since July. Eighteen have been in the city park.” Removing the graffiti, just on City property, has cost Bishop $2,000 in material and staff time.

Without an ordinance, the City has no mechanism requiring building or business owners to remove the mess.  The suggestion to get volunteers to help with the eradication effort was made during public comment. Jeff Thomson, Inyo County’s Chief Probation Officer, had, at one point, been part of a graffiti crew. Standridge said he would reach out to Thomson to get the effort going again. Councilmember Jim Ellis said he would also talk to his crew of Inyo County Trash Terminators so the city could start with a clean slate.

The ordinance builds on the illegality of selling spray paint to minors, under the age of 18, and places liability on the parents or guardians of juveniles caught defacing public or private property. Once notice has been given to the owner of defaced property and the owner has consented, the City can come in and remove the graffiti.

The list of graffiti implements banned from City facilities goes beyond aerosol paint containers to include markers with a tip in excess of one-eighth inch, glass etching tools and solutions. If those items are required tools for a school course, the student has to “establish enrollment in a class that requires the possession of the implements or instruments.” In other words, there’s no wiggle room to get out of trouble.

City Council will vote on adoption of the ordinance at its October 11 meeting and, if passed, goes into effect 30 days later.

The reporter tells us what she wants us to know about the proposed ordinance. That’s nice.

Too bad SW didn’t commit actual news by publishing the ordinance or giving us a link to it so we could read it ourselves.

SW could be worse. They could be someone criticizing without providing helpful input. Instead they’re providing a free service disseminating local news. Too bad you’re more capable of criticizing than finding the ordinance and publishing a link to it so you could be providing the community as much of a… Read more »

You failed to provide a link. Only snark. But then neither of us hold ourselves out as being news organizations do we?

Thanks for doing SW’s homework.

It always amazes me how the same people who are “experts” at finding conspiracy theories using google are so inept at using it to find real information.

Juvenile crime is out of control in Inyo county. Perhaps if we had a juvenile detention center to send offenders to. Oh, wait…. We had one, but the county closed it. Better idea: let’s make business and building owners responsible for clean up. It’s not like they haven’t been financially… Read more »

Guess you didn’t read the part that states, ‘Once notice has been given to the owner of defaced property and the owner has consented, the City can come in and remove the graffiti.’

And the city will do this on THEIR dime ? It would be better to have the PARENTS of the little twerps do the cleanup . The problem would magically disappear pronto !