By Charles James on August 27, 2020 in General Misc. Stories 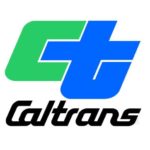 On August 25, a Caltrans crew was installing a double-post road sign on State Route 178, near the intersection with U.S. Hwy 395 in Inyokern. During the installation, the crew inadvertently impacted a Verizon fiber optic cable buried underground. When the incident was discovered, Caltrans immediately contacted Verizon to see that the line was repaired, and service restored.

It took Sierra Wave the good part of that day to get to the bottom on this “mystery,” but here it is!

“Charles, here is the information. Please attribute response to me.

Tuesday, August 25, Frontier crews responded to reports of a service disruption to customers in the Mammoth Lakes area and discovered that a State road crew cut a Frontier fiber-optic cable near Hwy. 395 disrupting service for about two hours for Frontier customers, including carriers served by our network.

We thank our customers and the communities we serve for their patience as our team worked to restore service.

Frontier reminds contractors, residents and business owners that by law, they must call ‪811 and have underground line locations marked before they dig in the yard or at construction sites. Calling 811 or Underground Service Alert will help avoid damage to unseen lines while digging and prevent such service interruptions.”

Thanks to Javier at Frontier for his prompt response

It’s not often an AT&T customer is thinking, “Thank god I have AT&T!” But yesterday was that day!

There was no Verizon mobile or Internet service in Mammoth Lakes and Bishop for most of yesterday, August 25. It was astoundingly difficult to get a hold of anyone with any information to explain the outage. One source claimed it was the “fires,” while another claimed it was a CalTrans crew that had accidentally cut the fiber optic cable. At some point, you could have blamed it on the coronavirus.

Sierra Wave has calls out to the CalTrans Public Information Office for District 9 and to Verizon’s Media office. No luck so far. The Mono EOC did not have an explanation either.

So far, there’s no response and no press releases either explaining or accepting responsibility for the outage. It’s a if it never happen! But yet, hundred of Verizon customers flooded social media complaining of no cell service or internet. Banks and many stores were unable to process any electronic transactions and it made it impossible to use your ATM or credit cards. Business had to be done by check or in cash.

Service appears to have been restored last night, but there are still complaints online that people are having difficulties.

As Fred Stump stated it is a business decision to use which provider. Suddenlink uses the Digital 395 fiber cable. Frontier does not. Some Verizon wireless is on the digital 395 network , those stayed live. T-mobile and some ATT use the Frontier fiber. that is why it was down.… Read more »

It is truly frustrating that these large corporate operators are so reluctant to release any information about the cause of outages when they occur. The best you can ever seem to get from them is “We are aware of the outage, sorry for the inconvenience… there is no estimated time… Read more »

Today, as in Thursday, August 27th? Cannot tell when you actually sent this comment! If you are still having issues, yu likely need to take it up with your cellphone carrier or if the Internet, your ISP. Good luck!

Yep, it has gone out again today Thursday August 27.

Did not know that. Since then a number of readers and listeners have reached out to let us know. Our frustration is, why don’t they let people know what is going on and approximately how long it may take to resolve? Not knowing is what drives people nuts…and resentful.

And yet it just happened again

T-Mobile was down also. We just turned on “wifi calling” and everything was ok thru SuddenLink. BTW we have had SL for a year now, with a few exceptions of 2 or 3 minute burbs maybe 4 or 5 times it has been flawless. Only use 100mb unlimited data no… Read more »

AT&T was down most of the day on this occurrence in the south county. Im in Independence. All of my co workers with AT&T were down. Everyone with Verizon worked perfect. Just the opposite of the north end.

I was frustrated attempting to contact Verizon through their website apparently a ‘ robotic’ text non-human -non human customer service communication. All I wanted to know if there was an outage in our area. If yes? I could deal with, however, I entered into a vortex loop of “do this… Read more »

Are we sure Suddenlink got connected? Because when I had them I seemed to always be disconnected. On top of that they have thee rudest and worst customer service I’ve ever come across. They also had the most frequent random price hikes every 3-6 months with no notification what so… Read more »

Overall, I’ve had no issues with Suddenlink ( i.e. Alltice ) other than their yearly inexplicable increases in pricing. However, so far TV & streaming in my mid-town location ( 1 1/2 blocks away from Main Street ) digital 395 I have no complaints.

Digital 395 does have redundancy. Verizon and Frontier do not use that system. Verizon has it’s own fiber optic cable that in places runs above ground and much more vulnerable to damage. These are business decisions by both companies so they do not have to pay a third party, Digital… Read more »

AT&T service was out all day in Lee Vining yesterday. I had to use my Verizon HotSpot just to send text messages from my phone. So I sure wasn’t happy to have AT&T cell service yesterday!

Genevieve, thank you for the information. You are the first to report a problem with AT&T. Everything else has been been Verizon and/or Frontier related. Verizon public relations denied any involvement. Frontier public relations is looking into it as we heard from one source that something went amiss in InyoKern… Read more »

Wasn’t Digital 395 supposed to help put an end to the fiber optic outages by creating a loop? Especially for the credit and atm card transactions and emergency calls? The last I read about it a few years ago (before Frontier came to the area) Verizon had refused to pay… Read more »

Digital 395 is and was an expensive boondoggle, intended only to benefit the government. It was conceived and pitched by Praxis Inc., which took full advantage of the Obama administration’s effort to get the economy going by shelling out b/millions of dollars to bring internet service to rural America. In… Read more »