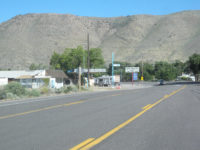 Walker, Calif., has had more than its share of excitement over the past year between fire and now, an earthquake

Thursday afternoon at 3:49 pm a magnitude 6.0 earthquake was reported about 70 miles northwest of Mammoth Mountain and 40 miles southeast of Lake Tahoe, closing the Hwy 395 temporarily as rockslides sent large boulders onto the roadway along Walker Canyon that had to be removed by road crews.

Fortunately, this is a sparsely populated area of north Mono County and there were no reports of injuries or serious infrastructure damage according to Chief Rich Nalder of the Antelope Valley Fire Protection District, which serves the Walker area

There was a report of some damage at the Walker Country Store. A refrigerator tipped over and things were falling off the shelves, creating a mess of broken glass and contents of containers. 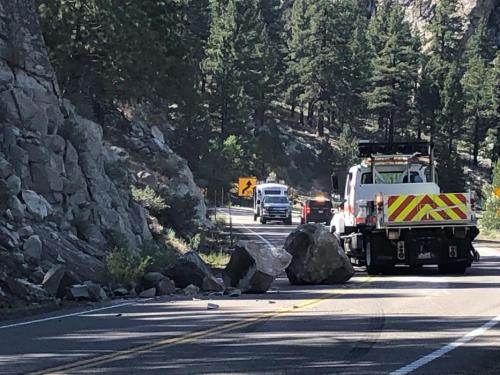 There were a series of smaller aftershocks being reported.

There are numerous of active faults in the Eastern Sierra, and Californians are generally used to them. Most of them are small, but everyone always worries about “The Big One,” the San Andreas Fault which could cause wide-spread devastation.

The earthquake in Walker was reported as being felt as far away as Sacramento.

The quake was actually centered just west of the town of Walker and about 4 miles south of Coleville (population of both approx. 900). The intense shaking also caused numerous rock slides in the mountains just west of both towns, including Centennial Bluff, and on 395 just north of Walker.