The illegal marijuana cultivation industry continues to use public lands to grow an illicit crop. Public land managers continue to try to stop the farming. 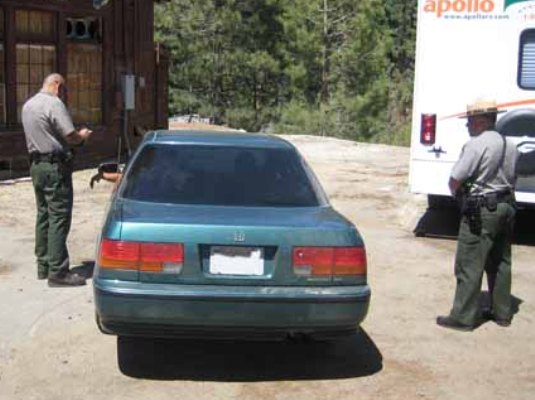 Deb Schweizer with Sequoia Kings, reports that most of the cultivation sites were located on public lands along Highway 180 between Grant Grove and Cedar Grove. In what appears normal for these very large farms, Schweizer says that the cultivation sites are tied to drug trafficking organizations from Mexico. Law enforcement made over 80 arrests, served 5 warrants, confiscated 32 weapons, and seized 46 pounds of processed marijuana, 3 vehicles, and over $40,000 cash.

To underscore the motivation for drug trafficking organizations to grow on remote patches of public lands, the Park Service reports that the 900,000 plants seized over the past two years have an estimated street value of $3.6 billion. There is no stated estimate on how much of the crop is seized and how much passes from seed to the retail market undetected.

In recent years large outdoor farms tied to Mexican drug trafficking organizations have been found in Inyo and Mono Counties at remote sites in the Sierra, the White Mountains and the Glass Mountains. There is no word yet this summer as to any major farms eradicated by local law enforcement in the Eastern Sierra, but the season is still young.

We work to provide daily news to all of the Eastern Sierra, in the tradition of Eastern Sierra News Service and the Sierra Wave. We bring you daily happenings, local politics, crime, government dealings and fun stuff. Please contact us.
View all posts by News Staff →
Mono Grand Jury Reports Findings on Mammoth Police Department
Smoke Continues to Drift into the Eastern Sierra