By News Staff on January 25, 2016 in Government Agencies/Utilities 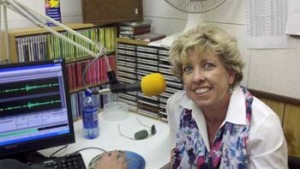 The charge alleged that the misappropriation took place between August, 2014 and September, 2015, while Ms. Symons served as
the Chief Executive Officer for the Tri-County Fairgrounds, and followed an investigation conducted by the California
Highway Patrol Inland Division Investigative Services Unit.

Under the terms of an agreed disposition, Ms. Symons will be placed on five years of formal probation, and required to serve up to
270 days in the Inyo County jail as a term of that probation.

The court will set the exact length of the jail term when she appears for sentencing on March 14, 2016 in Bishop. She will be ordered
to pay restitution in the amount of $9,860.00 and will not be allowed to work in any positions allowing her to handle the money of third
parties without the permission of her probation officer.

She will also be required to stay off of the premises of the Tri-County Fair during the term of her probation. The Court will also have
discretion to set fines and fees. By law, she will be forbidden from holding any public office in the future. Under the terms of the
disposition, Ms. Symons will not be allowed to participate in electronic monitoring.

Inyo County District Attorney Tom Hardy confirmed to Sierra Wave Media that Symons reportedly took between $9,000 and $10,000 from an ATM at the Fairgrounds. DA Hardy said that was consistent with the investigative report that he reviewed.

The extensive investigation was conducted by the California Highway Patrol Inland Division Investigative Services Unit because the crimes involved the theft of state property and were alleged to have occurred on the grounds of a state facility.

I’m sure you’d feel the same if it were YOUR money she embezzled .

Zena…Good for you! I agree it gets a little shocking at time. Some people in Bishop still act like they did in high school. Get off the clicky wall. Yes Sally is being punished for her crime. But she is a person too with a family. I think they have… Read more »

I am always amazed at the vicious people found in Bishop, everyone loved Sally until now. I will remain her friend although I do not condone her actions. I thinks it speaks to a deeper cancer in the Bishop culture.

How embarrassing. If I were her, I would serve my sentence and fade away, never to seen around here again.

That only works on people who have a conscience…people who steal money from others are not in this category.

Sally ought to give the DA a big kiss for this one Should have been grand theft and embezzelment.

Nes, Ive been wrong before.

“Will not be allowed to participate in electronic monitoring”?, like this is a privilege? It is a heinous hassle, especially where there is little cell signal in the Eastern Sierra. I have to add: why is it so easy to send men to prison and give women probation for the… Read more »

I’m confused by your comment. The press release stated she will have to serve up to 270 days in jail and won’t be allowed to participate in electronic monitoring. Electronic monitoring is “house arrest”.its not like she’s getting a lighter sentence or less punishment. The prior embezzlement case at the… Read more »

“For the love of money is the root of all evil: which while some coveted after, they have erred from the faith, and pierced themselves through with many sorrows.”
1 Timothy 6:10

Was it worth it Sally? All that for a measly 10 grand? The mind boggles.

Wondering
Reply to  I wonder....

I wonder if there is more to the story….she “settled”. We will never know how much because of that.