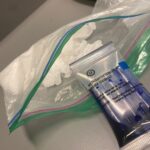 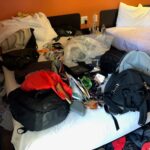 While investigating the vehicle break-ins and thefts, one of the victims contacted MLPD stating that their stolen credit card was just used at a business in Mammoth. Upon reviewing surveillance footage from the business, Officers were able to identify the suspects’ vehicle. The vehicle was then located outside of a hotel room off Main Street.

Three suspects were detained while a warrant was obtained to search the hotel room. Upon entering, piles of suspected stolen items were located along with illegal narcotics. 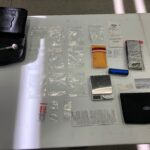 The suspects were later linked to multiple vehicle burglaries and mail thefts in Mammoth Lakes and the surrounding communities.

If you have additional information or may be a victim in this crime, please contact the Mammoth Lakes Police Department at 760-965-3700

Two Brothers from Italy Pizza in Big Pine closed under Temporary Restraining Order Over COVID-19 Violations
School will begin as 100% distance-learning in Lone Pine and pretty much everywhere else!
3 Comments
Newest
Oldest Most Voted
Inline Feedbacks
View all comments

Sounds like some good police work. Thank you MLPD

Stay away from drugs, kids, they will end you.
Some people need to learn the hard way, I guess.

Something I’ll never understand. When these criminals go on their crime sprees,don’t they understand there’s surveillance cameras everywhere,and especially at business’ that accept credit cards,which I’m pretty sure most of them do. And why on earth do they carry their dope along with them,in this case enough to have an… Read more »