A traffic collision that occurred along SR-178 near Death Valley which resulted in three fatalities. 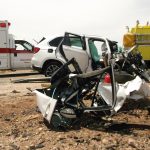 At the same time, Chantra Sun of Baldwin Park, CA was driving a 2017 BMW X5 eastbound along SR-178, approaching the Chevrolet Avalanche. 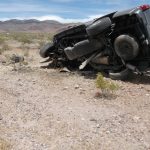 This collision is under investigation by the California Highway Patrol, Bishop Area.

RIP those people who lost their lives Sunday. What a tragedy and unnecessary event.