By Charles James on January 18, 2021 in General Misc. Stories 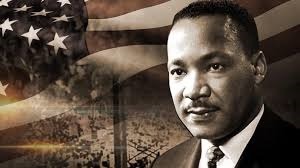 Following are 27 quotes that, if still alive, he could have as easily said about our world today:

And finally, one of his most famous and visionary quotes, still sadly unrealized today:

Thank you KSRW and Mr. James!

In these troubled times we need so much to hear the words of this true and courageous American patriot!

Came A Man
Reply to  Came A Man

7 votes down. What bugs you? That I said we are going through troubled times? That I called MLK an American patriot? That I said he was courageous? That I invoked God in thanking KSRW for honoring him? Or was it simply the sight of his dignified Black face? Just… Read more »

Came A Man It’s the “new America”,where,at least in the last 4 years it was again O.K. and accepted by about 35 % to see Martin Luther King,among other African Americans that spoke out as “rebels,tyrants and trouble makers”..like it was seen back in the 50’s and 60’s. But judging… Read more »

Tinner
Reply to  Came A Man

Came A Man, What you’re really asking is how anyone can anyone possibly disagree with you, right? It’s that sort of moral superiority or intolerance that is partially the cause for the “troubled times” we are in right now. Who cares? Accept that not everyone is gonna agree with you… Read more »

“Love is not the answer, it’s the assignment.” – MLK