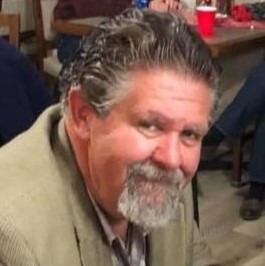 Clint passed away the morning of July 20, 2021. We have lost an amazing and loving husband, father, brother, uncle, colleague, friend, and coach.

Clint was born on November 20, 1963 in Gunnison Valley near the City of Logan, Utah. He was raised in Tonopah, Nevada and graduated Valedictorian from Tonopah High School and was a celebrated member of the Varsity “Muckers” Basketball Team. Clints family experienced a great tragedy as he lost his mother in a horrible automobile accident way too soon. He ended up back in Logan, Utah to attend Utah State University.

In the Fall of 1989, Clint made his way to Hollister, CA to officially start his public sector career. Clint started as a Public Works Inspector eventually became a Licensed Surveyor, Licensed Professional Engineer, and was the Hollister’s City Engineer. In 14 short years Clint became the City of Hollister City Manager and held that title with honor for another 8 years during the great recession. In 2013, Clint was offered the opportunity to go East of the Sierras. He always referred to Inyo County “as home” since Bishop is where his family did their major shopping during his childhood. Beginning his tenure with Inyo County as the Director of Public Works it wasn’t long before he got the chance to become the County Administrative Officer. Likely this was his dream job.

The list of Clints accomplishments in his professional life are countless. He was instrumental in completing numerous improvement projects and implemented several programs that benefited the citizens and guests of our communities. He might tell you that constructing a building might be the easy part of the job, the difficult part is managing multiple personality types fairly. The area that Clint excelled at was bringing people together. He had the uncanny ability to obtain goals even when there were several different opinions on how to achieve them. He cared about his boards and councils immensely and understood they were essentially volunteering their time, generally under paid and under-appreciated, and he had a true respect for them. At the same time, he understood that if it weren’t for those people who dedicate their lives to serving the Public, he could never be successful.  He made sure everyone was valued and felt a part of any community achievements. He was a true leader in that sense.

Besides reading, doing puzzles, playing trivia and poker, taking random drives, loving the family pets, he truly had a passion for coaching high school basketball. Clint coached briefly in Gilroy (Hollister rival) before bringing his skills to the Balers in Hollister and eventually getting the chance to coach the mighty Lady Golden Eagles in Lone Pine. Clint was part of multiple leagues and CCS championships with Boys and Girls teams. Let’s be honest he liked to win, however, what he got the most gratification in was the ability to share his wisdom and experiences with tomorrow’s leaders. Clint coached hundreds of kids and student athletes. Whether these individuals realized it at the time, now, or sometime in the future, let’s hope they recognize the good fortune of being in the presence of a man who was truly gifted in so many ways.

Guests are invited to the Tonopah Cemetery at 11:00 am July 31, 2021, with a reception and stories immediately following at the Tonopah Convention Center 301 Brouger Ave. Tonopah, NV.

Thank you Clint, you will be missed!