After a September hearing in the Senate, the outlook for the Boxer-McKeon Wilderness bill remains uncertain. Lindsey Mask with Congressman McKeons office reports that the Eastern Sierra San Gabriel Wild Heritage Act has been rolled up into a larger omnibus bill which combines 150 land use issues into a single piece of legislation. 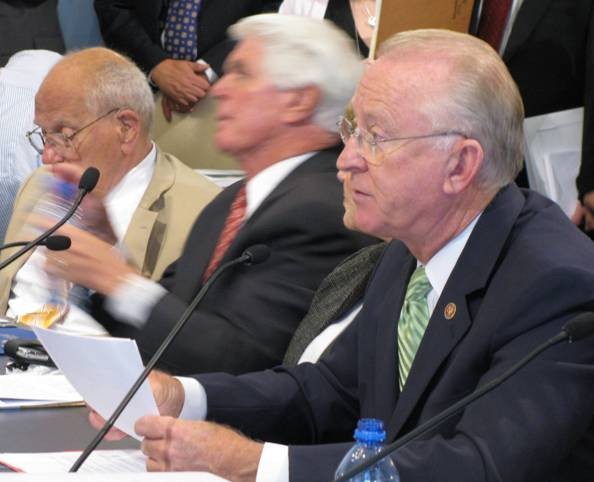 Right now congress has bigger fish to fry. Mask reports that this larger piece of legislation could be back on the floor of the Senate in November. According to a Congressional Quarterly magazine article, Senator Tom Coburn, a Republican from Oklahoma, opposes the land use bill for a number of reasons including effects on oil and gas development.

The CQ article says that Democratic senators pushing the bill believe they have enough votes to pass the omnibus bill over the opposition. The November session is not certain. If Congress does meet in November it will be after the November elections, and the balance of power between Democrats and Republicans may change. According to CQ, if there is no significant change in the balance of power, the Senate meetings should continue.

With the controversial Wilderness bill that would create 438,000 acres of additional Wilderness in the Eastern Sierra rolled into this larger bill, the future of this possible law that affects local land use remains uncertain and subject to the political process in Washington.

We work to provide daily news to all of the Eastern Sierra, in the tradition of Eastern Sierra News Service and the Sierra Wave. We bring you daily happenings, local politics, crime, government dealings and fun stuff. Please contact us.
View all posts by News Staff →
Mail Scam Discovered in Lone Pine
Man Says Whitney Accident Saved His Life