By News Staff on May 23, 2014 in Government Agencies/Utilities

Lost in a sea of signs?  That’s how some Mammoth residents describe the display of Town Council candidates’ array of political signs stuck in the ground here and there.  Perhaps some subliminal value, but maybe not.

Under the radar in Washington, D.C., there is what most call “an open secret.”  Steve Kroft of 60 Minutes revealed the secret when he reported on what’s called Leadership Political Action Committees.  Virtually all legislators personally profit from these “Leadership Pacs” and it’s not illegal because Congress won’t make it illegal. 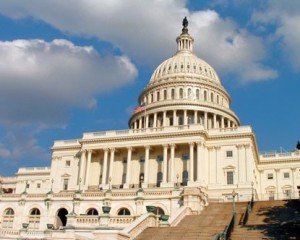 So, what happens is lobbyists and special interest groups give the politicians money which goes into these PACs.  Kroft called them “political slush funds.”  The Senators and Congressmen use the money for personal expenses – travel, car services, payment to family members, golf junkets.  In one case, a politician paid his wife and two daughters over $300,000 for their “work” for him.  Hey, no wonder these people like their jobs in Congress.  They make a salary plus hundreds of thousands more.  60 Minutes also called it “a lifestyle subsidy.”  Disgusting.  One or two officials have tried to get ethics bills passed to stop this behavior.  No chance. Now, you know for sure what’s going on in D.C. – a big, fat money grab.

Closer to home we have heard a lot of quoting of Shakespeare’s line “First, kill all the lawyers.”  Nothing personal, attorneys.  It’s just that sometimes the law seems to fly in the face of common sense and practical decisions.  The newsroom has received several calls from locals who wonder what’s up in the Mono County cases of Jon Madrid and Dick Luman.  In both cases, Superior Court decisions have said the men should be reinstated.  That has not happened.

The issue of anonymous opinions has cropped up lately.  Of course, most of our website commenters keep their real identities a secret.  That realm is recognized as a bit off the wall anyway, but when it comes to official letters to the editor we believe the writer must produce a real name.  Yes, many have concerns about retribution for their opinions, but we in the Bureaucrat Beat Newsroom say go with it.  That’s the only way to preserve the right of free speech.  Use it and stand behind it.  I know.  That’s easy for us to say.  We are self-employed, known and unashamed rebels.

Lately, someone anonymously circulated an opinion on the new Mammoth Lakes Recreation entity.  It was a reasonable opinion – one not shared by any of the Town Council or other powers that be.  So what?  When you withhold your name from a strong public statement, it drains away some of the power.  We did quote it because the view offered another way to think of MLR.  What would have been the repercussions if the writer had signed it?  If any employers in Mammoth would think of firing someone for their governmental views, they need some serious therapy. Have you checked out Pakistan lately and the practice of imprisonment for blasphemy???  In then in Iran, a similar situation when some young people cut a music video, dancing to the popular tune, “Happy”.  We don’t want to be like those countries, do we? 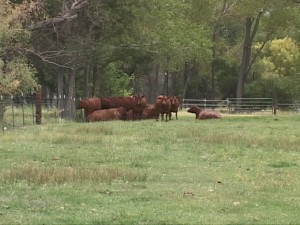 OK.  All that being said, we turn to an anonymous letter we received.  It was first sent to the LA Times.  They probably tossed it since it had no name.  The content is relevant.  It’s signed “A 30-year Owens Valley resident”.  The letter points to the fact that well into the 2014 lease and water year period, local ranchers still don’t have lease agreements. The letter says this violates the Long Term Water Agreement which requires continued irrigation as it was in 1981.  Inyo’s Water Director sent a letter to DWP Manager Jim Yannotta with the same message.  So far, no response.

What’s the future of DWP lessee/ranchers?  Good question.  We so far can’t get any answers.  Regardless of your views on cattle, the ranchers are the ones who keep large parts of the Owens Valley green.  What are they saying down at DWP headquarters about the Owens Valley?  We wish we knew.  Mayor Eric Garcetti seems like a civilized and intelligent man.  However, SoCal needs water.  Will they stop treating Owens Valley like a colony?

When I was introduced to two DWP Commissioners at a recent Standing Committee meeting, I suggested they move on from the colonial attitude.  Their response was a look that resembled the wish that I would evaporate.  They are still in denial.

With that, this is Benett Kessler signing off for the Bureaucrat Beat Newsroom where we await your word on our lives in the Eastern Sierra and beyond.

Political Action Committee, PAC’s, In case you don’t remember, there is this one PAC, It’s called Wolf-PAC http://www.Wolf-PAC.com unlike the original “PAC’s”, Wolf-PAC is the PAC to end all other PAC’s! But really, it is a sad scene to see our Republic/Democracy turn into a auction, a auction for the… Read more »

You have to be anonymous in this county, because this is a county of retribution. Just look how they treat their employees! Speak up and you will put in the chair and made an example of, so all the employees can walk by you daily and see what could happen… Read more »

Seven days Bob and yes I am counting them! I do worry for the employees that will have to deal with his egocentric rath from June 3rd until January 2015! At least their will be light at the end of the rainbow and a new era in Mono County law… Read more »

Lets be real, if I put my real name to most of my post my family and co-workers would probably leave me homeless. I hope my kids don’t out me like Mr. Quintana was.

See you at the Pit.

There is another important aspect of the anonymous post that I feel you missed. If I post in my real name then what I say may have personal benefit to me and be insincere. For me, posting as Mongo The Idiot, gives me the freedom to be wrong, to speak… Read more »