Pre-COVID, IMACA’s Housing and Planning Director Larry Emerson had plans for a safe parking project for the homeless living out of their vehicles at the Nazarene Church on West Line Street in Bishop. The plans were turned down yesterday, February 16, by the Inyo Board of Supervisors. The major issue was the fact the Church backs up to the pasture used by the Bishop High School ag department.

The program would provide secure, monitored parking from 7 p.m. to 7 a.m. for individuals and families living out of their cars. If the homeless issue was bad a year ago, COVID-19 has made it worse with business and restaurant closures.

Over the last year, Emerson held a community workshop, via Zoom, developed a safety plan including additional fencing between the church and the field. The plan got a nod from the Sheriff’s and Bishop Police departments and the Planning Commission. Then came an appeal of that approval by those who opposed the project.

Especially if you are poor, homeless, and living in your vehicle in Bishop

Emerson came back to the Board Tuesday. Despite strong support from public comments during the meeting, the plan was nixed again by the Board with a 3-2 vote. Supervisors Jeff Griffiths and Dan Totheroh were the two yes votes.  District Supervisors Rick Pucci, Jen Roeser, and Matt Kingsley voted no, effectively killing the project for the homeless. (Nimbyism carried the day.)

While the school’s ag program teaches a lot of good life lessons, compassion doesn’t seem to be one of them. The three nay votes, Jennifer Roeser, Matt Kingsley and Rick Pucci, all praised the concept, just not in close proximity to children. The children they were trying to protect are probably living in homes, as opposed to the children living out of cars.

The general refrain was: it’s a good idea, but not the right location. Emerson explained Eddie Davis was the only reverend in Bishop who was receptive. IMACA even got turned down by the Tri-County Fairgrounds.

The advantage of a central, monitored site, Emerson pointed out, is the presence of IMACA’s outreach specialists who could link the participants to supportive services, including a link to permanent housing. The January 2020 Point in Time homeless count identified 123 homeless in Bishop, half of whom were living out of their cars. Nine were fleeing domestic violence, eight were veterans and there was 13 families with children. “Our priority will be families and those with disabilities,” Emerson said. In addition, those using the overnight parking would be screened to the extent allowed by law and subject to a long list of regulations.

For a while, it seemed the Board was receptive. However, Supervisor Roeser said the County’s culture was based on rural values and made those values seem counter-indicative to the project. 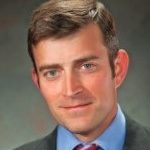 The issue before the Board was to approve, or not, an appeal to the Planning Commission’s approval of the plan. A denial of the appeal would approve the project.

Griffiths had the last word following the vote that killed the plan. “I’m disappointed,” he said. “Now it’s incumbent on the community to come up with a solution.”

Eastern Sierra Dispersed Camping Summit: Dealing with The Hordes
Flim Flam Scams and Robocalls have caused us to stop answering our phones!