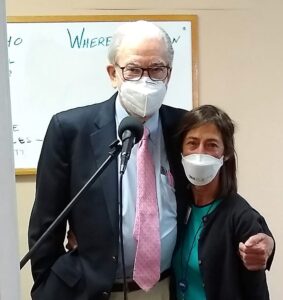 In the interview last Thursday, Sept. 17, at the Sierra Wave Radio Station with morning show host, Bill Snyder, Harness recalled how he arrived at NIHD four years ago this month as the breast surgeon. He noted that he is “ending 53 years of going in and out of operating room from medical student, resident and training, and then for the last 46 years as a practicing surgeon. I just want the community know what a real privilege it has been to be here.”

With his pending retirement, his immediate concern was the future of the Breast Health Program that has evolved over the past few years at the health district.

“We’ve really set up a first-rate program,” Harness said. “And it isn’t just me. We have Rosie Graves, our patient navigator, who not only is ‘beyond spectacular’ with the Breast Health Program but with other cancer programs that the district offers as well.”

Harness noted that the program is multidisciplinary, and that they work with other cancer centers. He said, “It’s a real privilege for me to hand this over now to my dear colleague, Dr. Kelly O’Neal, who I want the community to get to know right now as well,” before turning the microphone over to Dr. O’Neal. 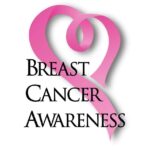 After Snyder mentioned that October is Breast Cancer Awareness Month, he asked Dr. O’Neal, “How often will you be in the Bishop Area taking patients?” The doctor’s reply was that she will be in Bishop for 10 days a month but will be available by phone or telemedicine the rest of the time, essentially available at any time.

O’Neal stressed how important that women (and men, yes men also can have breast cancer) take care of their whole health, all aspects of their health, but particularly in terms of their breasts and have an evaluation of increased risks such as family history, which is important.

“I think regular screening is important,” says O’Neal, “And I want to put in a plug for a physical exam… getting a mammogram only is not full screening, an annual physical exam is part of screening as well.”

Snyder noted that survival rates for breast cancer have significantly improved, especially when detected early. O’Neal agreed and added that she feels a self-breast examination is “critical.” She encourages women of all ages to do it on a regular basis, noting that “It’s not costly. It’s not dangerous. It’s not invasive.”