As our society falls into more violence and unpredictability, we live with more security measures. The local courts now face the addition of safety devices.

The State offered grant money for metal detectors and x-ray equipment for courts. In Mono County, those attending court started in October to offer up items for the x-ray machine and a walk through the metal detection device. 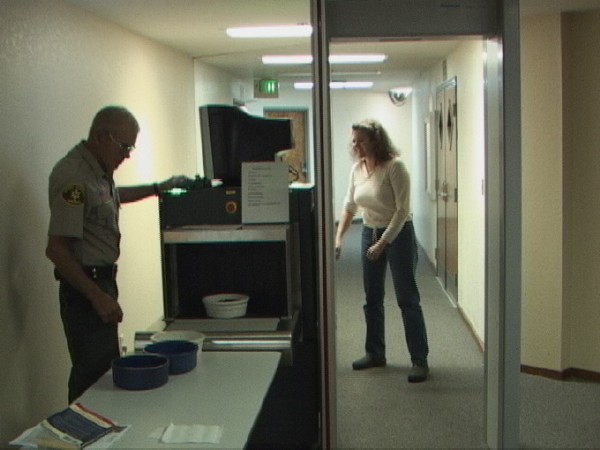 Mono County Sheriff's bailiff Jeff Gordon said that he and Court Administrator Bob Dennis picked out items for the courts in Mammoth and Bridgeport. State money also pays for staffing the security devices.

Officer Gordon said that incidents at courthouses around the nation and the shooting of attorneys and judges prompted the grant money for greater court security.

In Inyo County, Superior Court Judge Dean Stout said the courts have ordered new security equipment, but there are other problems. The courthouse in Independence, long the victim of deferred maintenance, does not have an adequate electrical system to power the x-ray and metal detector devices.

Judge Stout rewiring is in the works. Over the summer, courthouse workers had to choose between air conditioning and computers.

Staffing the security equipment is an issue, too. Judge Stout expressed concern about a shortage of workers in the Sheriff's office and the numbers of bailiffs and transport deputies. So, when the problems of electricity and staffing are solved, Inyo will have the state-paid for security equipment for the courts.