The process continues to determine a location for the murder trial of Louis Leplat of Bishop. 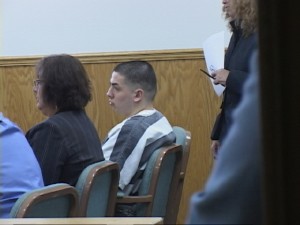 It was Earlier this month when Inyo Judge Brian Lamb granted a Change of Venue to hold Leplat’s trial in another county. Judge Lamb cited the fact that two homicides had occurred within six months of each other and that similarities would involve prejudice to the defendant. Judge Lamb said those prejudices raise a “reasonable likelihood that a fair trial may not be had in Inyo County.”

Leplat’s defense attorney, Public Defender Elizabeth Corpora, said that the Administrative Office of the Courts would determine to which county the case would move. A status conference has been scheduled for next Tuesday.

We work to provide daily news to all of the Eastern Sierra, in the tradition of Eastern Sierra News Service and the Sierra Wave. We bring you daily happenings, local politics, crime, government dealings and fun stuff. Please contact us.
View all posts by News Staff →
Bureaucrat Beat: Inyo Neglect, Walmart Foe, and King Man
Edison Flips Up Summer Rates for Small Businesses