Human residents of Mammoth Lakes aren’t the only ones sick of snow. Mammoth Wildlife Specialist Steve Searles told the 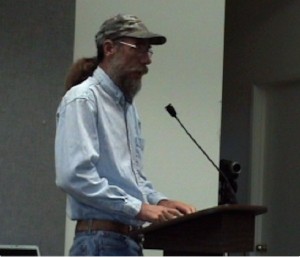 Town Council Wednesday night that with the amazing amount of snow this spring, the black bears who woke up from hibernation have a major problem finding enough to eat.

Searles explained that when bears first wake up, they need to eat new grass for about eight weeks to purge their previously dormant systems. Searles said it could get busy with bear activity in town as the animals desperately look for food. Searles said they do not really do well on human food at this point in their activity.

Searles urged residents and visitors to take food and garbage out of cars and trucks. He now has the authority to cite people in violation of these kinds of rules. “It’s really an unusual year,” said Searles. “It could get active until melt-out.”

Searles urged people to use common sense and share advice with neighbors and visitors. He also warned citizens to go slow and watch gor deer and bears crossing the highway. Searles said deer whistles do work and so do clean, clear headlights to help spot animals.

This led to Councilman John Eastman’s question about signage on Highway 203 that would alert drivers to an animal crossing. This revealed another bureaucratic frustration by Caltrans higher ups. Searles and the Town have made several requests. Searles said it’s not local Caltrans’ fault. “The big cats could care less,” he said. “We’ve had zero cooperation.” The Council will intercede if needed. Searles said, “We don’t want to keep running over our animals.”