On the Inyo water scene, the Inyo Water Commission has delayed its meeting on the Coso Geothermal Plant plan until next Monday. Originally, they had planned to meet this Wednesday. 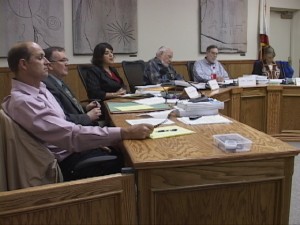 The issue on the table – a recommendation from the Water Commission to the Planning Commission on a Conditional Use Permit request from Coso to pump water in Rose Valley in Southern Inyo and transport that water to the geothermal plant nearby.

Issues of environmental impact surfaced at last week's meeting of the Commission. Coso wants to pump 4800 acre feet per year which almost exactly equals the water recharge into that Valley every year.

Water Commission Chair Rex Allen had said Coso's plan amounts to a virtual take-over of Rose Valley by Coso. Commissioners debated a lower pumping rate but chose to delay their recommendation, now, until next week at a meeting Monday, January 26th at 6pm in the Administrative Center in Independence.

The Planning Commission meets on this issue next Wednesday.

We work to provide daily news to all of the Eastern Sierra, in the tradition of Eastern Sierra News Service and the Sierra Wave. We bring you daily happenings, local politics, crime, government dealings and fun stuff. Please contact us.
View all posts by News Staff →
Water Officials Eye Mounting Density in Mammoth Lakes
Draft Report on Lower Owens