The primary election is on March 3, so now is the time to go see and
listen to the candidates on the ballot for Second District Supervisor and
for the Superior Court Judge in Inyo County.

Jeff Griffiths and Heather Lind are running for the 2nd District Supervisor.

Each candidate will give a three-minute opening speech and answer
two questions from the moderators, followed by written questions
from the audience. 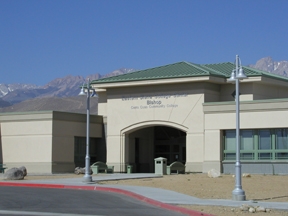