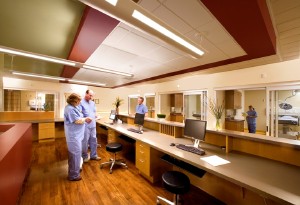 According to Lori Ciccarelli, Community Relations Director for the hospital, Press Ganey partners with more than 10,000 health care facilities, including 50% of U.S. hospitals, to measure and improve the quality of their care. Press Ganey’s databases are considered the largest in the industry, according to Ciccarelli, which allows facilities nationwide to measure their results against other similar organizations.

The Summit Award, which was received by Lori Baitx of 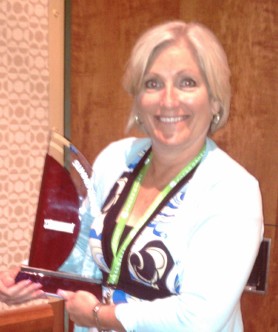 Mammoth Hospital gained the award by sustaining an overall rank above the 95th percentile in the emergency department database for at least the past three years. Patient surveys lead to the rankings. Ms. Ciccarelli said that Press Ganey mails out surveys to patients, calculates data.

We work to provide daily news to all of the Eastern Sierra, in the tradition of Eastern Sierra News Service and the Sierra Wave. We bring you daily happenings, local politics, crime, government dealings and fun stuff. Please contact us.
View all posts by News Staff →
Progress on Mammoth’s Medical Marijuana Co-ops
Larouche Workers Continue to Seek Signatures, Publicity