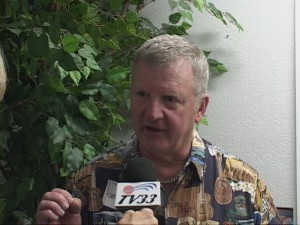 At a meeting last Thursday, the entire five-member board of directors of the High Sierra Energy Foundation resigned.  Director Rick Phelps called it a surprising decision and a turning point for the foundation which he says will carry on.

The foundation came together in 2005 with individuals excited and interested in alternative energy.  The economic downturn deflated some of those hopes.

Rick Phelps issued a press release Tuesday to confirm the resignations of Dan Lyster, Charlie Eddy, Sam Walker, Paul Dostie and Chris Thompson.  Phelps also said at the same meeting, the board had elected him to sit on the Board of Directors.  After that move, they tendered their own resignations.

The press release said, “This surprising decision resulted from the reality that alternative energy projects are extremely difficult to implement in these economic times.” The release also said that Phelps should have the “freedom to restructure the board as needed for the future.”

Former HSEF board member Sam Walker said, “It’s time for fresh blood.”  Walker said he spends half of the year in Mammoth Lakes and no longer has the time to devote to the foundation.  Walker called the resignations “an amicable move.”  He said that the state of the economy and other factors had diminished the original mission of  supporting renewable energy.

Another founder of the organization, former board member Paul Dostie, said he too has other demanding commitments.  He said the timing is not right for renewable energy efforts.  Dostie said he would personally continue to volunteer his time advising people who want to “go off the grid.”

Charles Eddy, one of the retiring board  members said, “Almost the entire board has been in place for 6 years, following two years serving as the core of the town’s Renewable Energy Task Force.  We reached a concensus that after 8 years it’s a good time for fresh faces and ideas on the board.  Several other members and I had stated a year ago that we would be leaving the board this year.  Each of us has expressed a willingness to continue to assist and support HSEF.”

The High Sierra Energy press release said that board members complimented phelps on the last six years’ accomplishments.  The items named include spending over $1.5 million on community energy activities, receipt of $150,000 support from the Town of Mammoth Lakes, management of the LivingWise water/energy education program, saving about 6 million kilowatt hours in community energy savings-valued at about $900,000, expansion of activities through Mono and Inyo, and initiation of the first geothermal well for space heating.

Phelps said,  “Board members had a vision of alternative energy that hasn’t worked out at the speed they wanted.”  He added that state and federal funding emphasis for alternative energy goes to large-scale projects.  “We all have turning points,” said Phelps.

Right now, HSEF is responding to requests for proposals from the Great Basin Unified Air Pollution Control District to administer a $6.5 million grant from the Los Angeles Department of Water and Power as part of an Owens Dry Lake project settlement.  The money will go toward clean air projects.  Phelps said he’s putting together a team and responding to administer the DWP funds.

Fight to save Mono Tufa Reserve
Fogging for mosquitoes

One Response to High Sierra Energy Foundation board resigns