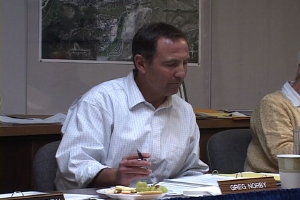 The Los Angeles Department of Water and Power likes to maneuver Eastern Sierra entities into back-breaking agreements that will weaken their opponents and lead to more money and water for the City of Los Angeles.  Inyo County has dealt with it for decades and now LADWP has attacked Mammoth’s key water rights that sustain the Town and has attacked Owens Dry Lake requirements to finish the hazardous dust clean-up.  For these small districts, the big utility attack disrupts service and spends enormous amounts of money on legal fees and staff time.  Why did LADWP wait 50 years to attack Mammoth’s small water rights?  Why spend millions on lawyers for a pittance of water? City of Los Angeles sources point to a bigger, yet unrevealed, strategy. 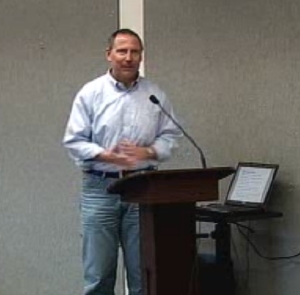 and says the lawsuits are “extremely destructive to the district.”  For the new fiscal year it will mean a quarter of a million set aside for lawyers. This is not to mention to the emotional angst over the very threat to the Town through its water.

And, it is so typically LADWP to get into negotiations that can leave opponents gasping on the floor.  Manager Norby said the two sides are “quite for apart” in their negotiation positions.  He said the essence of the City’s proposal is for Mammoth’s water district to replace all the water LA feels it’s entitled to and pay for it in perpetuity.  “This is not a proposal we are willing to pursue,” said Norby.

Mammoth Community Water District’s proposal for a settlement would be to implement a series of projects in the shared common water shed, each with water rights to find mutually beneficial actives to increase the yield of the water shed.

When he spoke to the Mammoth Town Council Wednesday night, Norby said that he met with DWP staff in their Bishop headquarters on Wednesay. He said Mammoth focused on mutual interest, common interests in the water shed.  The City’s hardline position – they want Mammoth to find them replacement water and pay for it forever.

At the same time the lawsuits go forward, Norby said there is an outreach effort to the Los Angeles Mayor and City Council and to the Water and Power Commission to encourage a negotiated resolution and to avoid decades-long water rights battles.

Norby told the Town Council that the amount of water involved is less than half of 1% of the entire basin export.  “Compared to their overall water supply, our water is immeasurably small.”  What are LA’s motivations?  Norby said it’s a matter of speculation.

On one water/environment website, the strategy points to DWP General Manager Ron Nichols.  The article says, “The move under sophomore DWP general manager Ron Nichols appears to be part of a greater strategy to increase water exports while leaving the affected rural communities tied up in court. The shift under Nichols marks a sharp reversal of the largely good neighbor policy pursued by the four preceding general managers to have served since 2005 under LA Mayor Antonio Villaraigosa.”

The same article says this:  “Lest anyone doubt DWP’s sudden taste for hardball, since former energy broker Ron Nichols was appointed DWP general manager little more than a year ago, the DWP has even filed suit against the Eastern Sierra ski resort of Mammoth, arguing that LA owns the water in a creek supplying 50% of the town’s water. This though yearly water use by Mammoth is less than the estimated sprinkler overflow from parkway strips into storm drains in ten summer days in greater Los Angeles. Check out the whole story at http://chanceofrain.com/2012/03/ladwp-cheaper-to-fight-than-fix/.

Meanwhile, Manager Norby strongly encourages officials and citizens to show up at the April 12th Change of Venue hearing in the new Mammoth Courthouse at 9:30am. LADWP wants to move both cases to Fresno County Court, way out of the attention of those who would be most affected – the residents of Mammoth Lakes and all of the Eastern Sierra.

If Judge Eller is the judge in this case, I would think he would have to recuse himself since he is a customer of the MCWD. But we often have out of area judges come in to hear cases in Mono County. Have Bridgeport be the venue with an out of area judge and there should be no problem with this case being heard in Mono County. In fact, I can see no reason at all to change the venue to Fresno. And if that happens, I would expect LADWP to have to pay for the increased cost to MCWD due to the change of venue.

How is it that we continue to be played as little pawns by LADWP? Forever this valley has been plentiful with life and very much self sustaining. If we let LADWP keep up with there agenda, We can all count on negative effects in our backyard while there is a few to get wealthy and of course the precious water we fight for will mostly be used as a convenience in LA, when it is a life line here!!
And yeah we have to deal with the fact LADWP employs a percentage of the people in the valley. So we really cant expect them to go against the one’s signing there paycheck.
AND COME ON PEOPLE! DO WE NEED A DISTRICT SUPORVISOR THAT IS A RETIRED LADWP WORKER?

Any retired LADWP supervisor who wants to be a district supervisor just wants to continue to feed at the trough.

Despicable bastards. Don’t give in one inch to LADWP.

I think LADWP see that Our officials that run things here in mammoth are vulnerable and weak and have severe cases of hypoxia at 8000 feet. They have screwed up so many things, that perhaps LADWP see an opportunity to cash in. They for sure have taken into account the absolute incompetency that was exhibited in the airport deal that cost the town and it’s taxpayers millions! Perhaps they feel that the MLDWP have hypoxia too. I hope not. I think LADWP are a bunch of greedy parasites and indeed show what is wrong with this Country at this time. It is shameful at best.
Let us hope that our judges have more sense than we have seen in California lately, and rule in favor of this poor failing town of Mammoth lakes and it’s leaders who quite frankly look like the deer in the headlights lately. I pitty the poor fool who runs for Counsel and envey that person as well. “Piss really does flow downstream”

Somebody bring a rope!