LADWP General Manager David Nahai has resigned, according to the Los Angeles Times. Nahai reportedly said in a letter to the Mayor that he will take a position as an advisor to former President Clinton’s climate initiative. 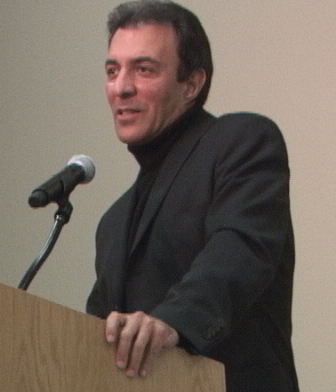 Former DWP Manager David Freeman, who works as the Mayor’s top environmental advisor, will take over DWP as an interim manager.

Eastern Sierra officials and some citizens found Nahai the most approachable and considerate DWP Manager to come along. In fact, Nahai stated that good relations with Inyo-Mono were a top priority for him.

It seems factions in Los Angeles did not view Nahai so favorably. The Times story points out that the powerful electrical workers union, which represents thousands of DWP workers, accused Nahai of failure to support a solar power ballot measure. The Times reported that neighborhood councils also complained about Nahai in regard to proposed power rate increases and strict conservation measures.

Environmental groups did seem to support Nahai. A statement from LA Mayor Antonio Villaraigosa, who appointed Nahai to the top spot in DWP, thanked Nahai for his service at LADWP “where he led the team responsible for increasing the city’s renewable energy portfolio,” said the Mayor. He also credited Nahai with the lowest water consumption on record and with movement toward making DWP coal free.

Local officials speculated how this sudden change might impact LADWP matters here. AS some pointed out, at least Freeman has done the job before and knows the issues.