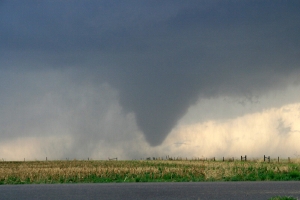 This information is the first in a series on climate change and global warming with references to several scientific sources. The Fort Independence Environmental Climate Change Working Group, which is funded by the Environmental Protection Agency, will present this series for Sierra Wave. Dennis Mattinson is the chair of the Working Group.

Part I – An introduction to Climate Change

What is Climate Change?

“Climate change refers to any significant change in the measures of climate lasting for an extended period of time. In other words, climate change includes major changes in temperature, precipitation, or wind patterns, among other effects, that occur over several decades or longer.” 1

“Summers are longer and hotter, and periods of extreme heat last longer than any living American has ever experienced. Winters are generally shorter and warmer. Rain comes in heavier downpours, though in many regions there are longer dry spells in between. Other changes are even more dramatic. Residents of some coastal cities see their streets flood more regularly during storms and high tides. Inland cities near large rivers also experience more flooding, especially in the Midwest and northeast. Hotter and drier weather and earlier snow melt mean wildfires in the west start earlier in the year, last later in the fall , threaten more homes, cause more evacuations, and burn more acreage.” 2

“As the sun’s energy warms up the Earth, our planet radiates some of this heat back out towards space. Certain gases in the atmosphere act like the glass in a greenhouse, allowing the sun’s energy in but preventing heat from escaping. Some greenhouse gases, such as water vapor – the most abundant greenhouse gas – are naturally present in the atmosphere; without them, the Earth’s average temperature would be an unbearably cold -18ºC instead of the 15ºC it is today. However, human activities are releasing immense additional amounts of greenhouse gases into the atmosphere, enhancing the greenhouse effect and warming the climate. The greenhouse gas most commonly produced by our activities is carbon dioxide (CO2). It is responsible for some 63% of man-made global warming. One of the main sources of CO2 in the atmosphere is the combustion of fossil fuels – coal, oil and gas. Over the past couple of centuries, our societies have burnt increasing amounts of fossil fuels to power machines, generate electricity, heat buildings and transport people and goods. Since the Industrial Revolution the concentration of CO2 in the atmosphere has increased by around 41%, and it continues to rise.” 3

55 Responses to Climate change/ global warming: the first in a series