On Thursday, February 20, state lawmakers in Sacramento approved a resolution to formally apologize for one of California’s darkest chapters in its history: the forced internment of Japanese Americans during World War II.

The resolution introduced by Assemblyman Al Muratsuchi of Torrance, points out California’s failure to support and defend the civil rights of Japanese Americans during that time in history. It is now considered one of the most egregious violations of the civil rights of American citizens in U.S. history. 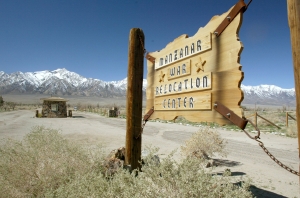 More details on the process that led to the incarcerations can be found at Pacific Citizen newspaper at PacificCitizen.org. Pacific Citizen is the official newspaper of the Japanese American Citizens League.
Muratsuchi said that he wrote HR-77 partly as a response to the Trump administration’s immigration policies, including the Muslim travel ban and the detention of Latino migrants. He noted the parallels between what happened during World War II and what he sees happening today.

Financial compensation was granted to Japanese American survivors incarcerated at the camps survivors through the Civil Liberties Act of 1988. In 2018, the U.S. Supreme Court overruled the shameful decision that had legally upheld internment at the time. 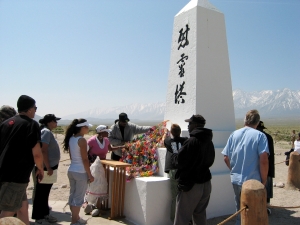 The federal government issued a former apology years ago, but many felt one from the State of California was long overdue. California in the early 1900s was frankly one of the most racists parts of the country for prejudice against Asians.

The state repeatedly called for many of the policies, such as Alien Land laws and other policies that were specifically designed to discourage immigrants from Asia settling in California. Those calls are largely what resulted in the camps being established. It is significant because nearly three-quarters of the
entire Japanese American population in 1940 was living in California.

This year’s 51st Annual Manzanar Pilgrimage, is scheduled for Saturday, April 25,
2020, at the Manzanar National Historic Site south of Independence. 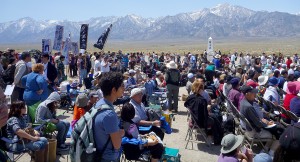