Why, when the State Budget threatens to bludgeon citizens’ services all over the State, deprive infants, the elderly and poor of medical and social services, would the Director of Caltrans travel to Inyo County for a self-congratulatory ceremony? Did he pay for the trip or did we? 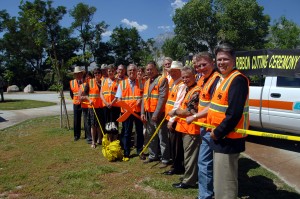 Business as usual does not sit well with many people. Bureaucrats have to get that. They should don sack cloth and ashes as more appropriate behavior than spending money on trips and ceremonies just because they finished a job.

Didn’t they see the headlines about county and city officials who have erupted with anger at the State budget mess? Threats of lawsuits? Does the new budget eliminate any bureaucratic positions, or will we continue to support the same bloated system?

We in the Bureaucrat Beat newsroom feel our hearts race with hyperventilation as we think harder about government. No new health care plan because the Republicans need more time – that was yesterday’s headline. That’s curious. All those people in Washington have had decades to make sure their people are treated right. They’re more interested in the campaign contributions from big, corporate health insurance companies. Plus, all of them rely on Cadillac health insurance policies paid for by us! They don’t care about the people who can’t afford to see a doctor until their illness is ready to claim their lives.

We find those who oppose health care reform shallow, greedy and in need of a job outside of public service.

More blood-boiling news. The Washington Post, itself tainted with a plan to take health insurance companies’ money to arrange private soirees to influence news coverage on health care reform, reported that one of the senators at work on health-care legislation took nearly $1.5 million from health-related companies for his campaign over two years.

Right now, we’re pulling out our dart board that features a big photo of congress as our target. Get this headline – “Most Bankruptcies Caused by Health Problems Suffered By People With Health Insurance.” The article quotes a recent Harvard study that concluded health problems cause more than half of America’s bankruptcies. Bottom line of this study – people get sick, insurance covers nothing, so they’re forced to mortgage their homes to stay alive.”

Why can’t the numbskulls in Congress read these articles and put the health insurance companies in their place. Oh, wait a minute, it’s the millions in campaign funds, better known as bribes.

Okay. Our bottom line here in the newsroom? A Constitutional Amendment that forbids campaign contributions. The big legislators who think they’re movie stars can run for office on their own money or travel all over the country and actually meet voters. We’ve had it. These people are not responsible enough to collect jillions of dollars from special interests so they can run for office. The system has failed!!!!

The reform we want points at campaign financing. We want reform now and not in 50 years when we will have to crawl to hospital emergency rooms with our tongues hanging out before we can let a little health care.

On to Los Angeles. How many of you out there feel sorry for Los Angeles where lawns are turning brown and trees may die? What? No hands in the air? It’s Karma, you say? 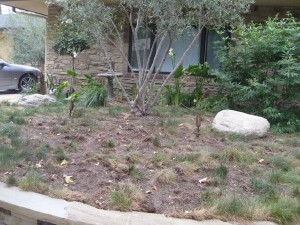 Hey, maybe you’re right. Maybe what goes around, comes around. Seems the drought has created rules that LADWP residential customers can only water lawns on Mondays and Thursdays, but then parks won an exemption in San Fernando Valley where parklands are all turning brown.

Jon Kirk Mukri, general manager of the Department of Recreation and Parks said the parks are “all showing stress.” Owens Valley residents have made the same plea over many years as we watched lawns, trees and brush dry up and blow away.

As one might expect, the DWP Commission, attuned to its own constituents, voted to recommend that the LA City Council change its watering law so that large property owners – including cemeteries, golf courses, colleges and school districts – can irrigate more frequently as long as they show that they have reduced overall water use.

DWP critics in the southland squawked that the average customer gets no special irrigation consideration. One LA City Councilman squawked back that if grassy turf dies so could the city’s trees and golf courses.

Hey, Los Angelenos! Now you know how we feel. It’s not nice, is it?